Dates to remember in 2020 in Turkey and Istanbul

Many of you are asking us about holidays, major dates, and events maintained, postponed, or canceled from this year 2020.

Here is the list of the important dates of 2020 in Turkey and in Istanbul which will help you organize your trip according to the key dates of this year. Do not hesitate to notify us or write to us if you think that something is missing or if you want more information: 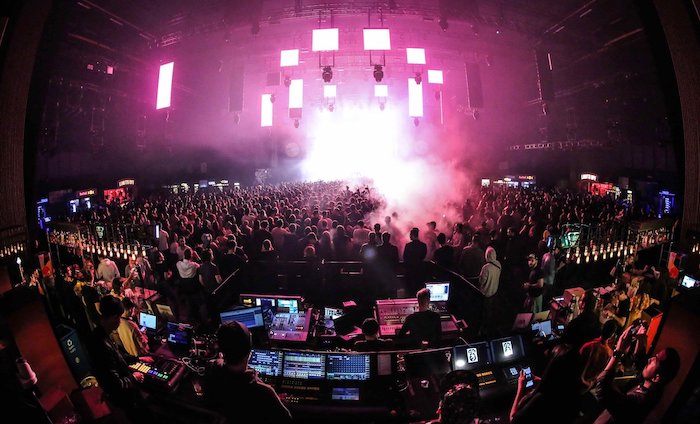 March 5 to 8  – Sonar Istanbul / Canceled: the third edition of Sonar Istanbul will take place from March 5 to March 8 at the Zorlu Performing Arts Center. Once again music, creativity, and technology will come together for an unforgettable experience. On the program, around thirty-live artists, exhibitions, shows, and many more! Find the program here: sonaristanbul.com 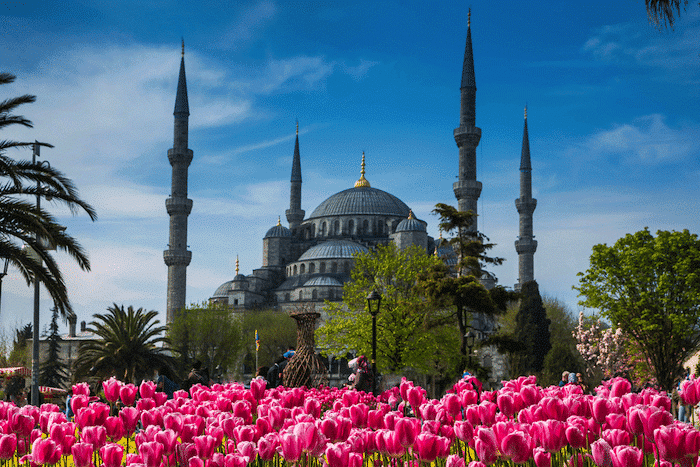 March 30 to April 28 – Istanbul Tulip Festival: spring is the tulip season in Istanbul, for the record, although it is often thought that the tulip comes from Holland, it was exported by the Turks to Europe during the Ottoman Empire and also constitutes the symbol of the sultans. You will find many representations of it in artworks from the Ottoman period. Today it is the symbol of the municipality of Istanbul. To pay tribute to this sacred flower, the municipality has been organizing this festival for over 15 years now during which the city, and more particularly the parks, are adorned with tulips. The festival takes place in most of the city’s parks. Our favorites are Emirgan Park with more than 2 million tulips, located in the north of the Bosphorus, and Yildiz Park with 800,000 tulips located between the Beşiktaş and Ortakoy districts.

April 12 – Orthodox Easter / Canceled: Christians in Istanbul are predominantly Orthodox and Easter is perhaps their most important religious holiday. On this Orthodox Easter Sunday therefore, religious events are to be expected across the city, especially towards the Ecumenical Patriarchate located in Fener!

April 23 – National Sovereignty and Children’s Day (holiday): April 23rd in Turkey is children’s day, many people go to lay wreaths on the monuments of Mustafa Kemal Ataturk, the founder of the Turkish Republic. The largest ceremony takes place at the Ataturk Mausoleum in Ankara. Because Atatürk dedicated the Turkish Republic to children, Turkish schoolchildren sit in Parliament for the day and symbolically rule the country. They elect a president who then speaks to the country on national television. Children’s festivals are held across the country. The state-run Turkish Radio and Television Company (TRT) brings children aged 8 to 14 from different countries of the world to Turkey. These children spend a week with Turkish families and participate in children’s festivals, which culminate in a gala on April 23rd.

April 24 to May 23 – Ramadan: Ramadan month in Istanbul is a month of spirituality for practicing Muslims. The fast, which aims to purify the body and the soul, lasts for a month. That said, it’s not a completely dead month. Museums, restaurants, bars, clubs remain open as well as concerts, festivals, and other events continue to take place all over the city throughout the month of Ramadan. It’s also a month of sharing and you can take advantage of the event to go and break the fast with the locals in many of the city’s parks. 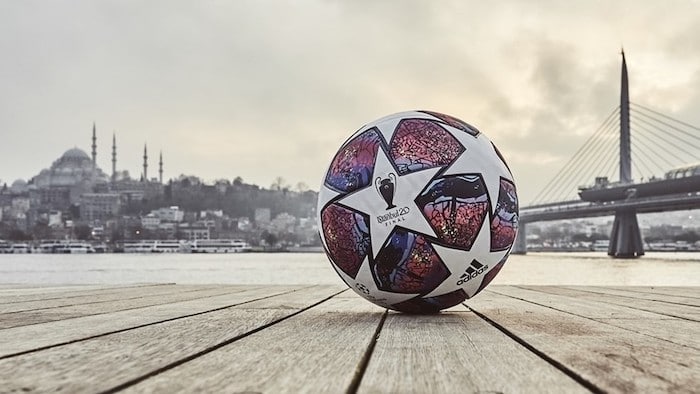 May 1 –  Labor Day: May 1st in Turkey, like in much of the world, is Labor Day. Taksim Square has always been the scene of large demonstrations and this date has an important symbolic because on May 1, 1977, 37 people lost their lives as a result of unidentified gunfire on demonstrators. Demonstrations and rallies on Taksim Square were then outlawed. Despite the ban, thousands of protesters try to get there each year, and clashes with the police take place. It will, therefore, be necessary to avoid the Taksim’s area during this day, from 9 am to 18 pm.

May 19 – Commemoration of Atatürk and Youth and Sports Day: the Turks commemorate the founder of the Turkish Republic, it is a public holiday and many sporting events and closings are to be expected. In addition to paying homage to Atatürk, parades and sports events are organized across the country.

May 24 to May 26 – End of the Ramadan: called Bayram in Turkish and Eid el-Fitr in Arabic, this 3-day festival is celebrated every year at the end of the Ramadan fasting month. A bit like Christmas with Christians, this is an opportunity to visit family members. Local life will, therefore, slow down although it is only the first day that closures are to be expected for museums. Administrations, as well as many restaurants and shops, will be closed for the duration of the Bayram.

May 30 – 2019-2020 Champions League Final: this 65th UEFA Champions League’s final will take place at the Atatürk Olympic Stadium in Istanbul. The winner of this football match will qualify for the UEFA Super Cup 2020 where they will face the winner of the Europa League final: www.uefa.com 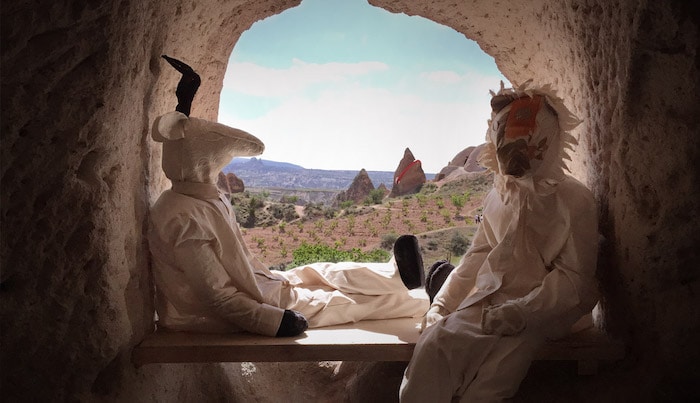 Beginning of June – Cappadox Festival / Canceled: the Cappadox music, culture, and food festival was organized for the first time in 2015 in the magical and lunar landscapes of Cappadocia and offers an experience not to be missed with a summary of music, contemporary art, gastronomy, and outdoor activities. The 5th edition of the festival will host more than 140 events in June. This is an event not to be missed, for more information see the official festival page: www.cappadox.com 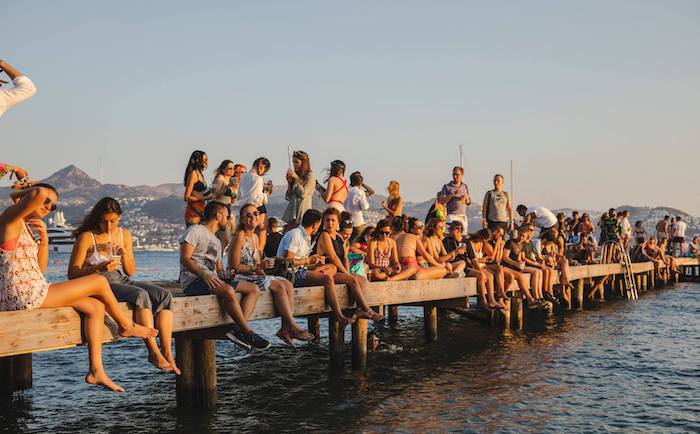 July 15 – Democracy and National Unity Day:  the lethal coup attempt of July 15, 2016, has been officially declared a public holiday and a series of commemorative events will take place across Turkey.

July 17 to 19 – Bozcaada Jazz Festival / Canceled: Bozcaada is a small island in the Aegean Sea, magnificent because it is very wild and you have several activities on site such as scuba diving, beach, ride a scooter or on foot, but above all taste the Corvus wines which are considered one of the best Turkish wines. In addition to that the food on the island is delicious, all the small taverns in the main village offer fresh and well-prepared products at medium prices. For more information see the official festival page: www.bozcaadacazfestivali.com

July 31 to August 3 – Feast of Sacrifice (Kurban Bayramı): about 2 months after the end of Ramadan, a second major religious festival takes place in Istanbul and Turkey. It is the feast of the Sacrifice, Kurban Bayramı in Turkish, which is characterized by 4 public holidays. During this period, government offices, many shops, and most businesses were closed. As with the sugar festival, many Istanbul residents are returning to their families all over Turkey. However, apart from the Grand Bazaar which generally closes for a few days during this period, the main tourist spots are still open to the public. This year the Feast of Sacrifice will take place from July 31 to August 3. 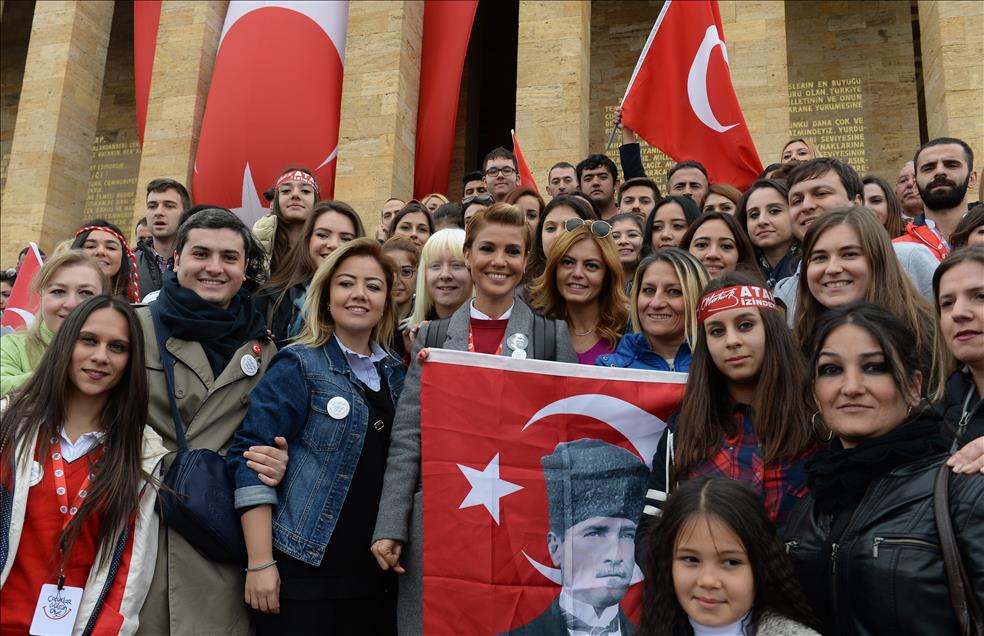 August 29  – Chill Out Festival Bodrum: Istanbul FM Lounge radio organizes the Chillout Festival every year at Xuma Beach in Yalıkavak, Bodrum. What more could you ask for than listening to good music in a small cove in the Aegean Sea? For the line-up and more information: www.chilloutfest.com

August 30 – Turkish Victory Day: Victory Day (Zafer Bayramı) commemorates the victory of the Turkish forces over the Greek armies in 1922. Military parades are organized throughout the country. Except for the administrations, all the tourist places remain open on August 30.

September 5 – Chill Out Festival Istanbul: the Chill-Out festival makes thousands of people dance across Turkey every year with its editions in Istanbul, Bodrum, and Cesme. It’s one of the best festivals of the year for a house, lounge, and minimal music in Istanbul, the atmosphere is always very relaxed and friendly. Several musical scenes offer different concerts simultaneously. It has become a classic in 13 years, distinguishing itself by its musical quality, its open mentality, its service with its many food trucks, and its unrivaled atmosphere. This year the festival takes place between June 6 and 7 in Istanbul: www.chilloutfest.com

September 21 to 27 – Istanbul Fringe Festival 2020: after a remarkable first edition in 2019, Istanbul is proudly hosting a second edition! The festival, scheduled for September 21-27, will bring together works of art, dance workshops, performance, and theatre. A week full of shows to be discovered for free and online on platforms such as YouTube, Zoom, WhatsApp, and other social networks. For more information, you can visit the official festival page: fringeistanbul.com 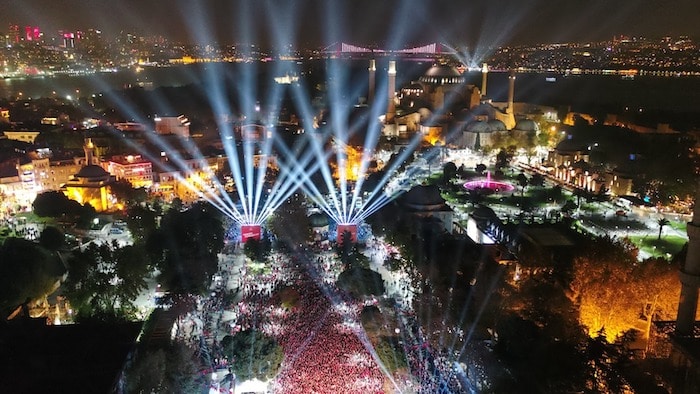 October 3 to November 3 – IKSV Istanbul Jazz Festival: For its 27th edition, the IKSV Istanbul Jazz Festival 2020 will take place online, and will gather like every year thousands of people and musical styles that go beyond jazz (rock, pop, Reggae, new-age). Artists from around the world will perform on IKSV’s digital platform at this much-anticipated festival each year: More info here: https://online.iksv.org/caz

October 8 to 18 – Akbank Sanat Istanbul Jazz Festival: The Akbank Sanat Istanbul Jazz Festival has so far brought together more than 5,000 international and Turkish jazz artists. The Akbank Bank-sponsored festival is one of the oldest cultural and artistic projects of Akbank Sanat which since its creation supports art and artists. This year for its 30th edition, the festival instead of concerts releases a special album of 30 compositions of important names and music bands of the Turkish jazz scene. For more information: akbansanat.com

October 29 – Republic Day: The last holiday of the year is October 29, Republic Day. Indeed, the Republic of Turkey was established on October 29, 1923. During this day, a large number of Turkish flags fly in all the districts of Istanbul, and fireworks can be seen on the Bosphorus. You can enjoy beautiful fireworks on the Bosphorus, it can be nice to take a boat trip on the strait or book a restaurant by the water for the occasion.

November 8 – Istanbul Marathon: the Istanbul Intercontinental Marathon (Avrasya Maratonu) or simply the Istanbul Marathon, is the only one in the world to be run on two continents. From the Asian side to the European side of the Bosphorus, it’s a marathon steeped in history, a race back in time! We can organize a stay on the theme of the race, registrations, retrieving bibs, and the necessary support around the race, contact us!

November 13 to 15 – Formula 1 Turkish Grand Prix: Istanbul will host for the first time since 2011 the F1 Grand Prix of Turkey. The 14th stage of the 2020 Formula 1 World Championship will take place on the Istanbul Park circuit, 40 km from the city. This very popular circuit is 5,338 km long and promises strong emotions. The race will take place without spectators. For more information visit the official page: https://intercitypark.com/ 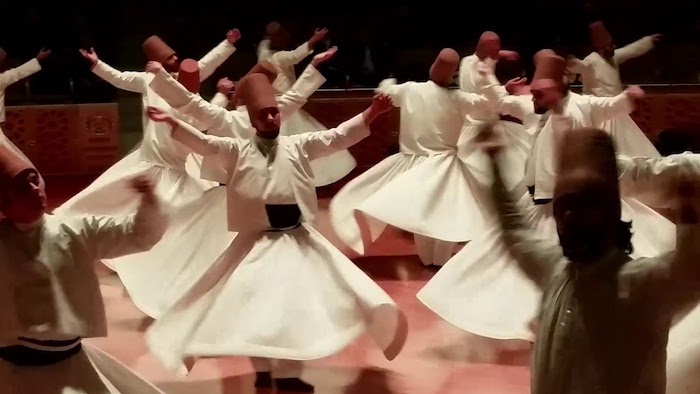 The week of December 17, 2020 – Mevlana Festival in Konya (whirling dervishes):  the whirling dervish dance is a form of active meditation, of Sufi origin. It is again very popular in many countries, and particularly in Turkey, where it has its roots in the Mevlevi order, inspired by the great mystical poet Mevlânâ Celaleddin Rûmi. Each year during the week of December 17 in Konya, the day of the death of Master Rumi, thousands of people from around the world gather at the magnificent Mevlana Mausoleum dating from the 13th century to celebrate Seb-i Arus, his “Wedding Day », Reunion of his Beloved, with the Divine: mevlana.net

December 19 – Uzunetap Longest Night / Run or Die: Organized by Uzunetap, the race will start on the evening of Saturday, December 19, 2020, at 22:00, in Çekmekoy, in the Taşdelen forest. Running and cycling will take place simultaneously. The race includes 4 different categories: an 8 km race, a 20 km race, an ultra marathon of 45 km, and a 30 km bike race. For more information: https://uzunetap.com/EN/

For concerts, exhibitions and other events of the month click here!

For the things to do according to the seasons click here!