This September in Istanbul is a little quieter than usual because from the 9th to the 18th of September they are the “Bayram” holidays (Eid El Kebir), and the government decreed nine days of vacations. Most of Istanbulites will therefore be on vacation at this time, the southern resorts for exemple have a more rhythmic musical agenda, some famous artists like Ricky Martin, Elton John or Inna will be concerts in Antalya. However you will find a range of interesting cultural activities in the city of two continents, here is the program:

September 2 – James What: the British DJ and producer of electronic music will mix on the beautiful terrace of Mentha in Beyoğlu.

September 2 – Empyrium: the German folk/symphonic metal band will be on stage at the Zorlu Center PSM

September 2 – Yeni Bir Fest: it is an original festival proposed by the brand Yeni Raki (Raki it is the Turkish national drink, see our page “Turkish alcohols“), for the occasion the Küçükçiftlik Park turns into a huge tavern and Turkish raki and meze will be served in a festive atmosphere where local artists will play some local hits. Not to be missed !

September 3 & 4 – Suma Beach, Dans Olimpiyatları: Suma Beach is a beach of Northern Istanbul where are held every weekend some mini electronic music festivals. This weekend they organize the Olympics of dance, a music festival where local and international DJs will mix non-stop for 48 hours. For more informations: sumabeach/facebook. 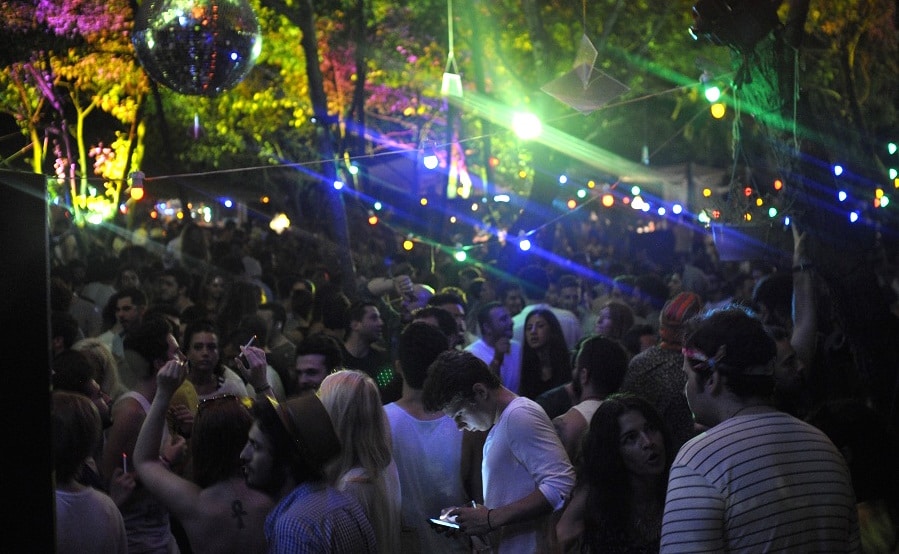 September 3 – bi günlük festival: it is a festival where the new Turkish talents of pop, rap, electronic music will succeed all day the time of a day. The festival will be held at the LifePark in the forest of North of Istanbul.

September 3 – Jazz at sea: the respected jazz percussionist Ferit Odman takes part in the concept of “Jazz at sea”, it is a series of jazz concerts on a boat between Europe and Asia on the Bosphorus. The boat opens its doors at 7pm, starts to navigate at 9pm and returns at midnight. For more information: theprimetimecruise.com

September 4, 5 and 6 – Tarkan: the Turkish singer best known abroad for his hits at the end of the 90 will be at the open-air theater Cemil Topuzlu for a concert part of his promotional tour for his new album.

September 17 – rooftop festival: the energy drink brand Burn organizes the rooftop festival of Istanbul in the district of Beyoğlu. Some famous DJs will be present like Stavroz, it is an event not to be missed if you are in Istanbul at those dates, the establishments in which the festival will take place are also very beautiful places  like Saigon, the George Hotel or the Nu Teras. For more details click here.

September 23 – Kraak & Smaak: the Dutch trio of funky electronic music, discovered in 2003 by the famous DJ and producer Pete Tong from the BBC Radio 1, will be on stage at Babylon Bomonti, a very nice art complex in the heart of Istanbul.

September 24 – Selda Bağcan & Boom Pam: Selda Bağcan is an icon of Turkish music, her stances and activism have caused her trouble with the Turkish governments during her long career. Some of her songs have also been sampled by rappers like Dr Dre and Mos Def. She will be accompanied by the quartet of Israeli rockers Boom Pam for a groovy representation at the Babylon Bomonti.

September 24 – Jazz At Sea / Ilham Gencer : Ilham Gencer will be the guest of the second part of Jazz at Sea, a jazz concert organised on a boat in the middle of the Bosphorus. The dean of Turkish jazz (90 years old) will be accompanied by his mucisiens for what we hope will not be his last concert.Plus d’infos sur : theprimetimecruise.com 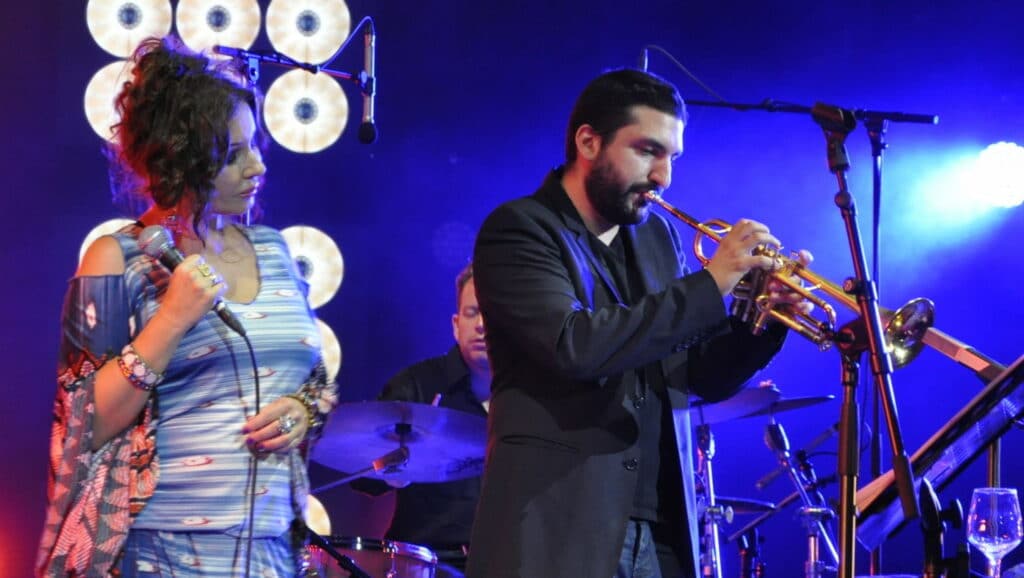 September 24 – Natasha Atlas & Serkan Çağrı: the Belgian-Egyptian singer whose music includes Eastern and Western influences will be accompanied by the Turkish clarinetist Serkan Çağrı. At the CRR concert hall.

September 30 – Hayko Çepkin: the Turkish alternative metal singer of Armenian origins and with surprising look will be performing at the Akasya Kültür Sanat

September 30 – Armin Embrace Istanbul: the world famous DJ Armin Van Buuren will be in Istanbul at the Ora Arena for a 6 hours set. More informartion on Biletix. 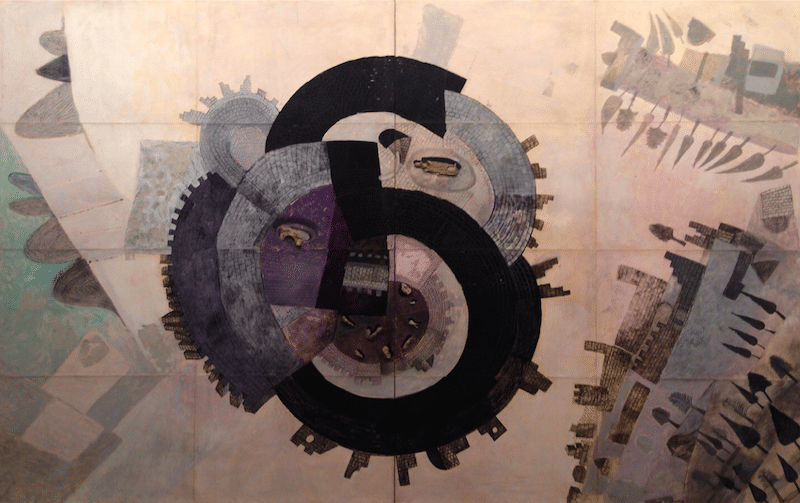 The exhibition “Artists in their time” deals with the way artists put their work and themselves in a spacetime frame. The starting point of the exhibition is the quote from Turkish artist Ahmet Hamdi Tanpınar, “I am neither in time nor completely outside of it”. His views on time highlight the relationship that artists have on the past, the present and the future. The exhibition brings together works of different regions, periods and disciplines. The themes of the exhibition are abstract art, feminist approaches, urban culture, stories of Istanbul lives, non-violence, the search for identity, the concept of metropolis and an understanding of Anatolian peoples. At the Istanbul Modern.
Planet Football – Institut français of Istanbul from June 10 to September 21. 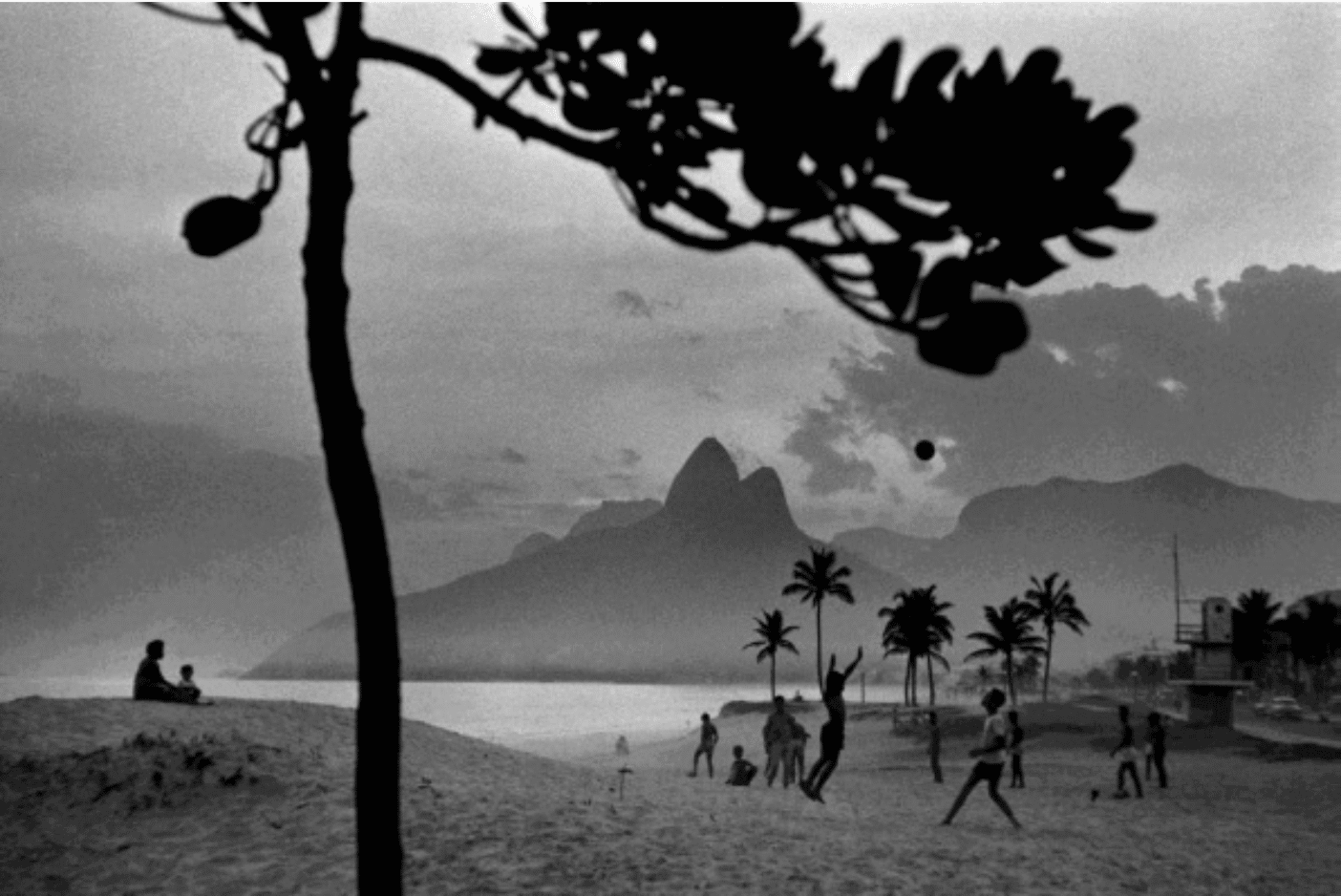 On the occasion of the fifteenth edition of the European Football Championship organized this year by France, the French Institute in Istanbul wanted to put football in the spotlight across Planet Football, an exhibition of the pictures of the greatest Magnum photographers.
Since the founding of the agency in 1947, several of its members photographed the world of football, its fans, its games, its players, barefoot on wasteland in Africa, on a Brazilian beach, or typing in a can in an alley of England. The exhibition shows how the roots of football are embedded in each of us, everywhere, beyond the races, religions and nationalities. It combines the beauty of the game itself to the aesthetic quality of the photographs. Celebration of football in all its forms, the exhibition is also an exciting social witness who, on more than half a century, takes us around the world.
Intersecting Worlds Ambassadors and Painters – Pera Museum: 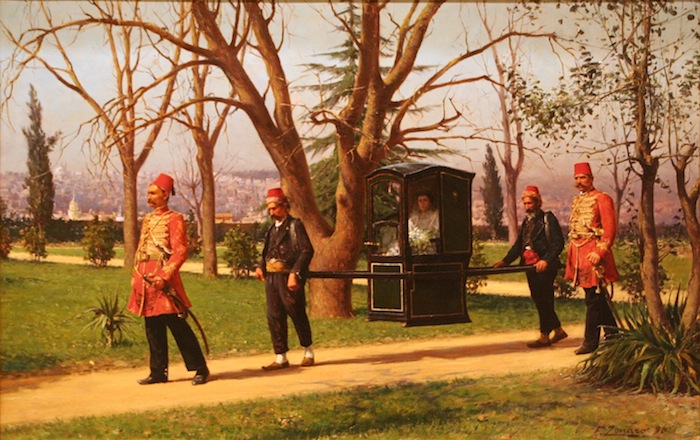 Since its inception, the Ottoman Empire has established relationships with European states and empires. The commercial and diplomatic exchanges intensified, the West wanted to know more about this empire by sending foreign ambassadors, but also painters and other artists in order to document its social structure, its customs, its administration and its military practices. The exhibition “Intersecting Worlds, Ambassadors and Painters” is the fruit of the work carried out between the 17th and the late 19th century. You will find paintings, drawings and portraits chronicling this exciting time in Turkish history viewed by European artists. At the Pera Muzesi.
Artist’s film International 2016 : until October 6 at the Istanbul Modern

Istanbul Modern presents Artists’ Film International, an exhibition and program featuring videos, animations, and short films by artists from around the world. Focusing on the theme of “technology”, this year’s program explores the psychological and social effects of different technologies as well as the sociopolitical codes of new technologies, and the way they transform production processes of the moving image. Conversations on video art and artists’ films are also programmed parallel to the exhibition. At the Istanbul Modern museum. 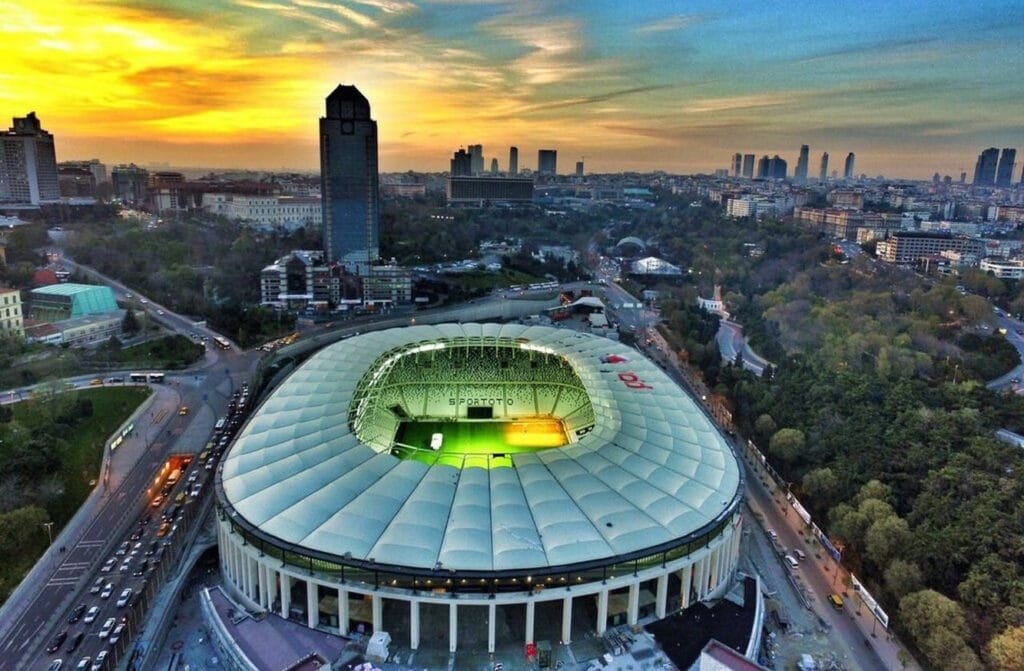 September 11 – Fenerbahçe vs Bursaspor : the club from the Asian side of Istanbul welcomes Bursa, a team that was champion a few years ago. Bursa is close to Istanbul, so the atmosphere of the games are always on fire!

September 25 – Beşiktaş vs Galatasaray: after Galatasaray against Fenerbahce this is the second hottest derby of the year. The show will surely be sublime, since this will be the first game of the lions of Galatasaray in the new stadium of Beşiktaş, the Vodafone Arena. The atmosphere in the neighborhood of the same name is also always amazing on match days.

September 29 – Europa League – Fenerbahçe vs Feyenoord: the canaries of Fenerbahce receive the Dutch of Feyenoord for their the second match of the UEFA Cup.

To purchase tickets please Passolig, if you want more information please contact us!

For other activities that we offer in this late summer 2016 click here!