Things to do in October in Istanbul

October 3 – Nicolas Jaar: the well-known American-Chilean composer and producer of electronic music is in Istanbul on the stage of the Zorlu Center PSM.

October 3 – IDSO: the Istanbul State Symphony Orchestra is performing at the church Aya Irini of the Topkapı Museum. 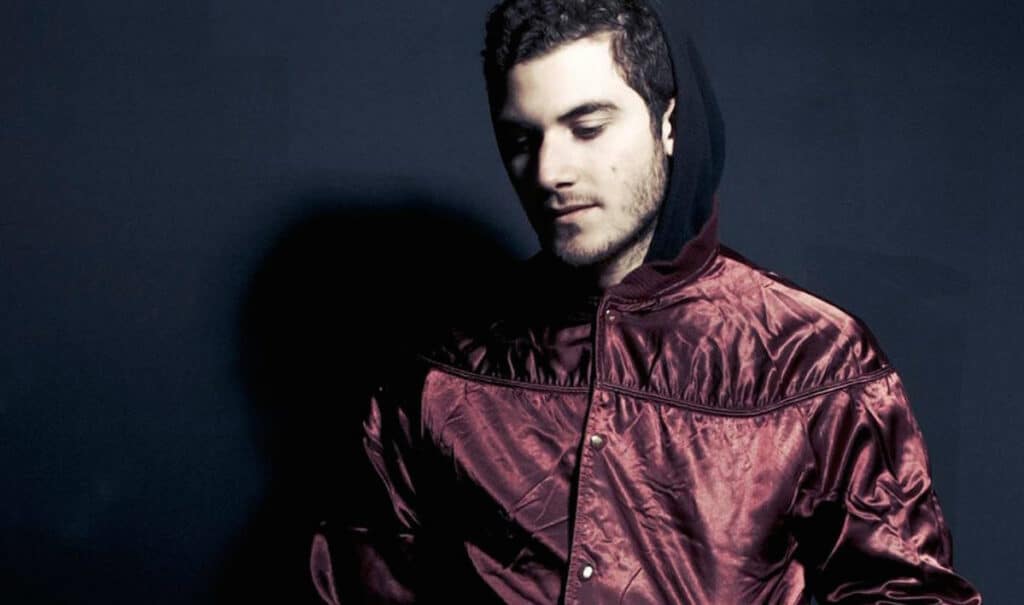 October 6 & 7 – La La Land: The Zorlu Center PSM welcomes for two consecutive evenings the maestro Thiago Tiberio who, with his orchestra, will play the soundtrack as the same time of the projection of the Oscar-winning musical comedy: La La Land.

October 6 – Dany Brillant: the French singer and actor of pop / salsa will be performing at the open air theater Harbiye Cemil Topuzlu.

October 7 – Aeroplane: the Belgian DJ of house and Nu disco, known for mixing balearic rhythms with French house is at the Zorlu Center PSM.

October 7 – 2manyDjs: the electronic rock band from Ghent, Belgium, which includes David Dewaele, Stefa Dewaele, Stefaan Van Leuven and Steve Slingeneyer. Each of their concert is a real show, they will be at Garaj Istanbul as part of their international tour.

October 7 – Jacuzi: the rock band whose music looks a bit like the Turkish “Metronomy” will be on stage at the Salon IKSV. 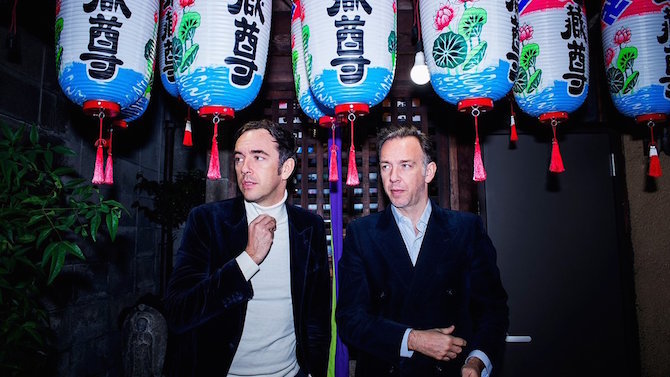 October 10 – Dream Theater: considered as one of the best progressive metal band of all time, Dream Theater will full the Volkswagen Arena this night of the 10th of October.

October 10 – Ophelie Gaillard & Cedric Pescia: the two French Ophelie Gaillard and Cedric Pescia open the musical season of the concert hall of the magnificent Sabancı Museum in Emirgan with their baroque music concerts on the 10th of October. The program will consist of Brahms, Schumann, Rachmaninov and Strauss. At The Seed.

October 13 – Brazzaville: the indie-pop band Brazzaville was founded by David Brown, the former saxophonist of Becks. They will be performing at the Zorlu Center PSM.

October 13 – Nilüfer Yanya + Chelou: the Turkish singer who contributed to tracks with the XX will be accompanied by thr trandy British DJ,Chelou at Garaj Istanbul. 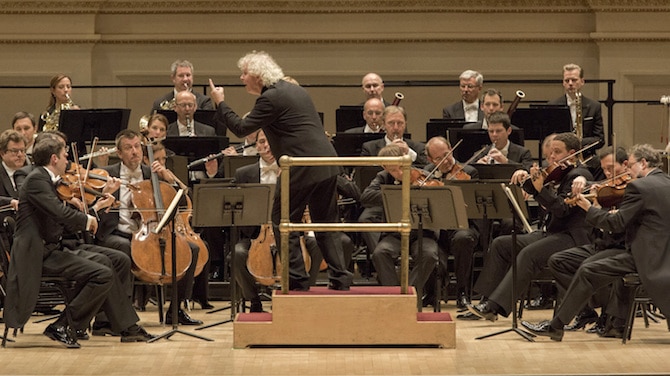 October 14 & 15 – Rock Days: the concert space Life Park in the Northern Forest of Istanbul organizes a two-day rock festival with local big names such as Teoman, Manga, Duman, Bülent Ortaçgil and many more!

October 15 – Kerem Görsev Trio: Kerem Görsev is one of the best Turkish jazz musicians of his generation, he will be with his band in concert at the Grand Pera.

October 14 – Athena: the two members of the Turkish rock & ska band are real stars in Turkey, they will be on the stage of the open air theater Harbiye Cemil Topuzlu.

October 18 – MFÖ: the deans of Turkish rock that sold millions of albums will be performing at the open air theater Harbiye Cemil Topuzlu.

October 20 – Hey Douglas: the electronic music group mixing Turkish music with more modern beats is at  the If Beşiktaş. 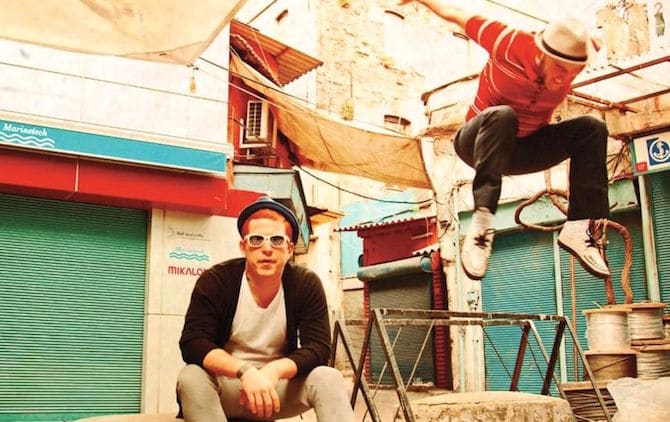 October 21 – Nigel Kennedy, Jimi Hendrix Project: with more than two million albums sold, violinist Nigel Kennedy brings us back to Woodstock in 1969 with the vibrations of the rock legend, the immortal Jimi Hendrix. At theVolkswagen Arena.

October 21 – Iggy Azalea: the rap star and American model is in concert at the Küçükçiftlik Park. No to be missed!

October 21 – Marian Hill: the American singer having made herself known this year with her hit “Down” is at Babylon Bomonti.

October 22 – Pink Floyd Tribute: some local rock bands pay tribute like every year to Pinkfloyd by taking back their biggest songs. At the If Beşiktaş.

October 22 – Sıla: the Turkish pop star is on the stage of the Tim Show Center to celebrate her ten-year career. 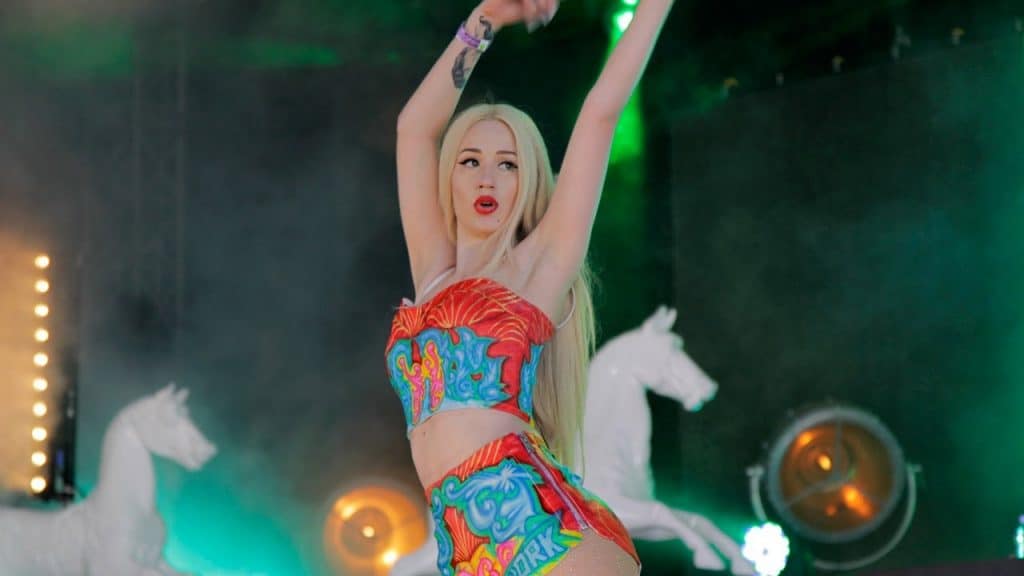 October 24 – Baba Zula: the Turkish psychedelic rock band is on the stage of the If Performance Hall de Beşiktaş.

October 25 – John Maus: the singer, composer and producer of experimental pop music is welcomed by the Zorlu Center PSM.

October 25 – Tekfen Philharmonic Orchestra: the orchestra of the foundation of the Turkish brand Tekfen brings together musicians from more than 17 countries, most are from the countries bordering the Black Sea and Turkey,at the Zorlu Center PSM.

October 26 – Patricia Kaas: the French singer with more than 17 million albums sold worldwide is in concert at the Zorlu Center PSM.

October 28 – Kalben: the new diva of Turkish rock / pop will set the mood at the If Performance Hall.

October 28 – Yerli Yerinde Fest: the Volkswagen Arena organizes a rather rock festival with new talents and better known local musicians. On the program: Mör Ve Ötesi, Adamlar, Deniz Tekin and many others. 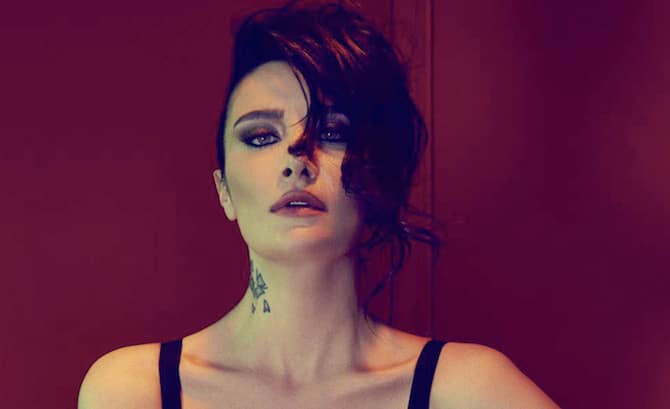 October 28 – Epic Symphony (Athena): the highly known rock band in Turkey, Athena, will perform in conjunction with the Epic Symphony Orchestra, led by conductor Orhan Şaliel.  At the church Aya Irini of the Topkapı Museum.

October 28 – FT Island Festival: Five Thousands Islands is a Korean rock / pop band, they are real rockstars in Asia. A the Volkswagen Arena. 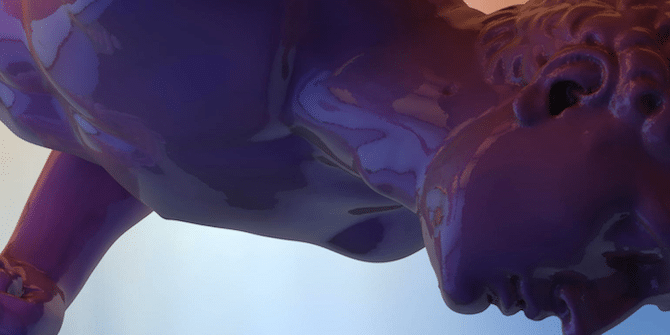 “Future Tellers” is an exhibition of reflections by 12 participants, ranging from drawing, sculpture, code, text to film, and installation of mixed media.

With “Future Tellers”, Digi.logue invited participants to reflect on a sense of the future and to explore the current technological aspects that could occur to fabricate the realities to come, ultimately offering the question of where the ” human species” will be in the future and how we will change. At the Zorlu Center.

From October 23 to November 4 – Altcity: 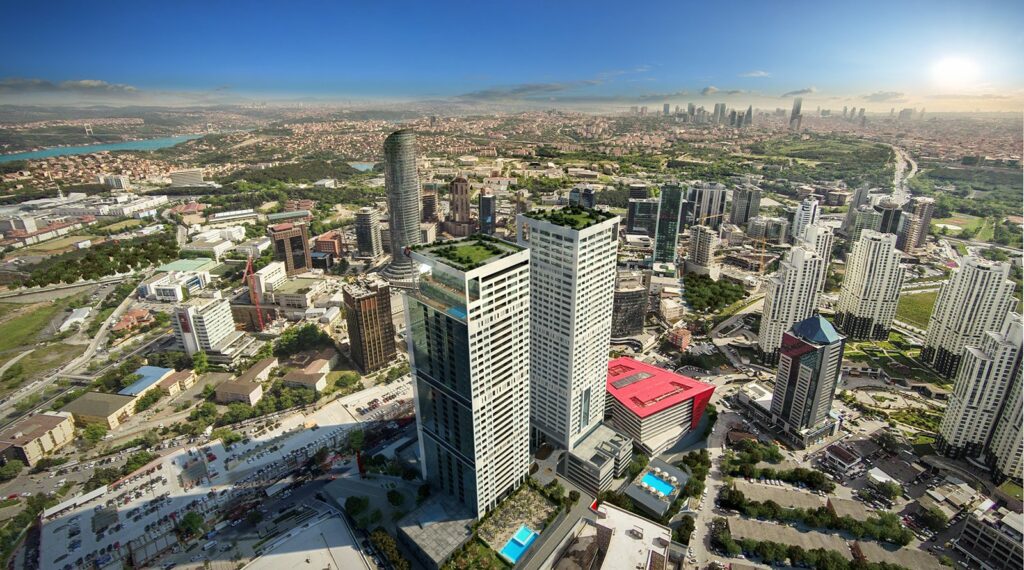 AltCity Istanbul is a digital art exhibition bringing together Turkish artists to explore the uses of creative technology to learn new methodologies and produce works that can speak to all communities in the city. The exhibition will be held at the Zorlu Center PSM, in partnership with the English Consulate. 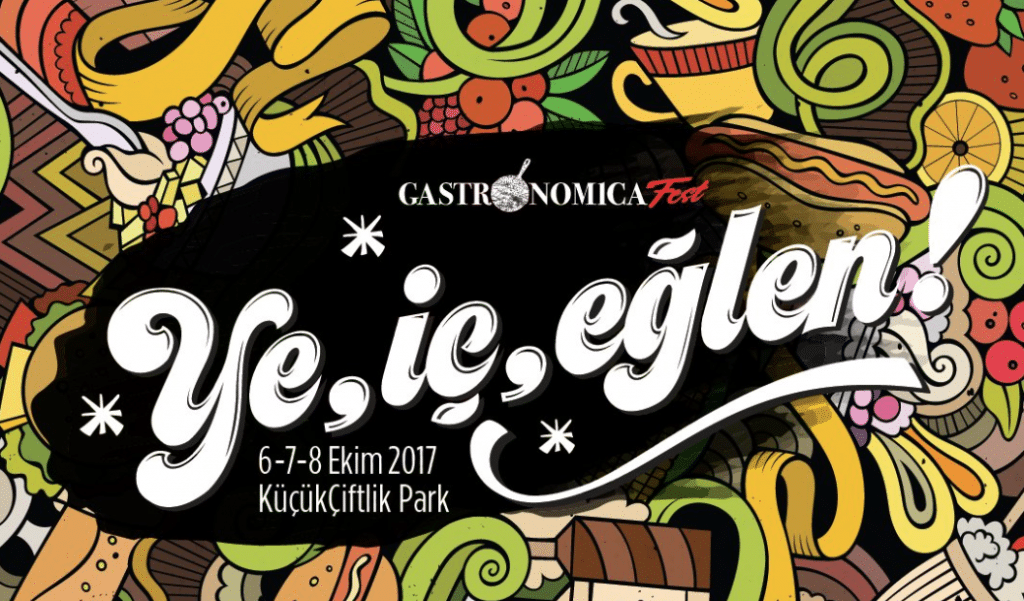 The Küçükçiftlik Park welcomes its first gastronomy festival, the Gastronomica Lezzet Festivalı. The concept is that each year a Turkish city is invited to present its specialties accompanied by concerts, workshops and several bars. This year the region represented is Antep. The Gastronomica Fest is organized in partnership with TAFED, the World Association of Chief Societies (WACS) and the Genx Congress Organization. 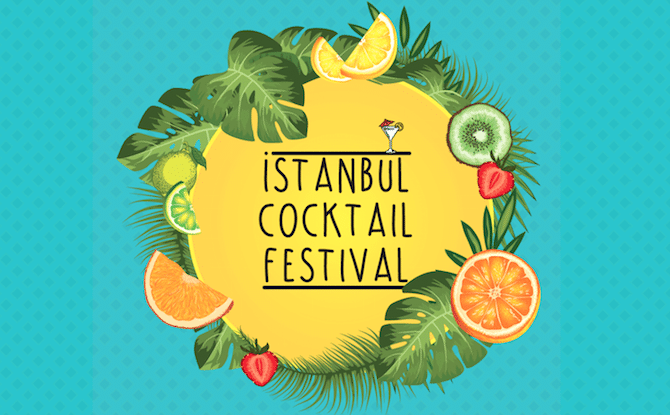 The Cocktail Festival presents the favorite cocktails of Istanbulers with tastings and workshops and concerts and will bring together all the amateurs with the participation of the best mixologists of the cocktail bars of the city from October 21 to 22 at UNIQ Istanbul.

The festival will answer all questions about cocktails and will even teach you how to make a good cocktail from A to Z. Guests will appreciate how to use the perfect ingredients in specific portions to make their own cocktails and taste samples prepared by the city’s fashionable bars throughout the day. For more information on the program: facebook/istanbulkokteylfestival, and to by tickets: Biletix. 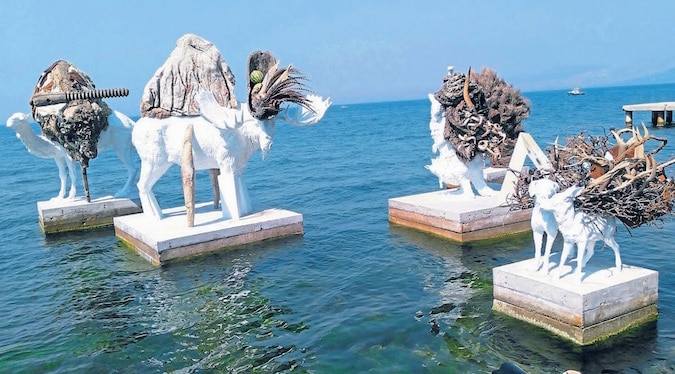 From September 16 to November 12 2017: the Istanbul Biennale is an important event in the world of contemporary art. Every two years the city lives at the artistic hour for a month and the works are exhibited in many venues of the city center; hangars, museums, artists studios and many others… This new edition entitled “A good neighbor” will address many notions related to the intimate sphere, and particularly to the habitat.The Palais de France and the French Institute will host the exhibition “Flâneuses” bringing together the works of five Turkish artists who have benefited from the artistic residency program of the Cité des Arts in Paris: Aslı Çavuşoğlu, İnci Furni, Yasemin Özcan, İz Öztat & Zişan and Güneş Terkol. To learn more about the program and the venues:15b.iksv.org. 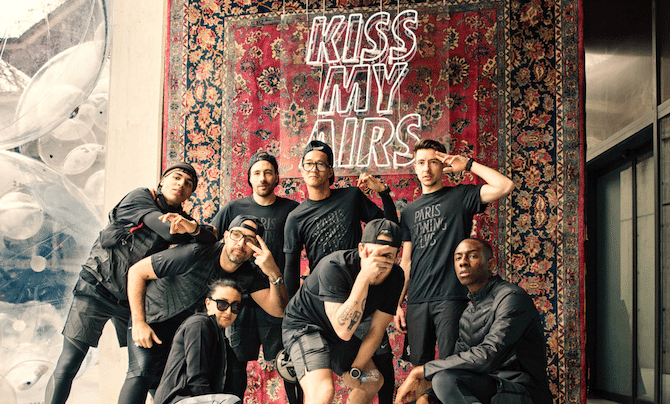 The Zorlu Center presents the Sweatfest, a festival with numerous workshops and also brands such as Gap, New Balance, Hillside or the American Hospital in Istanbul, and many others that will be present to make you discover what is best done now in the world of sports. More info on: www.sweatfest.com.tr 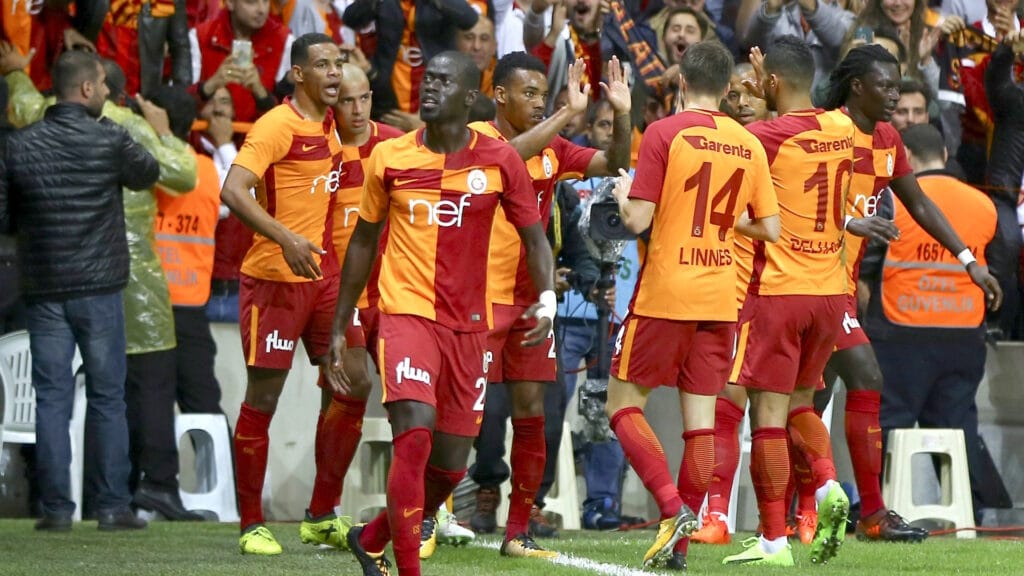 Watch a football match in Istanbul is an experience not to be missed, the atmosphere of the stadiums is often explosive while remaining friendly. This year the Turkish league has seen the arrival of many players of quality. Here are the matches that are being played in Istanbul this month, note that on October 22nd will be the Istanbul derby having the reputation of being one of the craziest games on the planet:

For other activities we can propose you to do in October 2017 click here!