What to do, what to see in June in Istanbul?

This month of June 2017 is a little quieter than usual because it falls during the Ramadan period, but despite that there is still much to do with several festivals, shows, exhibitions, concerts, but also the summer opening of Kafes and Suma Beach, two beaches of the North of Istanbul specialized in electronic music. Here is the program in order to not miss anything to the things to do in Istanbul in June:

June 1 – London Chamber Orchestra & Alina Pogostkina: the prestigious London chamber orchestra is accompanied by the highly talented Russian-German violinist Alina Pogostkina, the concert will be held at the Aya Irini church in the Topkapi Museum.

June 2 – EGG London Presents: &Me + Adam Port: the new electronic music beach of the North of Istanbul, Kafes, is bringing big names like DJ Solomun a few weeks ago. This evening of June 2 the guest DJs are &Me and Adam Port. Not to be missed!
June 3 – Suma Beach Summer No:5: let’s go! Suma Beach opens its doors for the 5th consecutive year, Suma Beach is a beach and forest in northern Istanbul where every weekend electronic music lovers meet for 48 hours of non-stop party!This June 3, 2017 is the opening sponsored by the brand of energy drink Burn. For more info on the line-up and the other details: SumaBeach.
June 8 – Festival Buluşması: the Süreyya opera in Kadiköy organizes a classical music performance by selecting very good musicians from several prestigious operas in Europe and Turkey. For more information, click here! 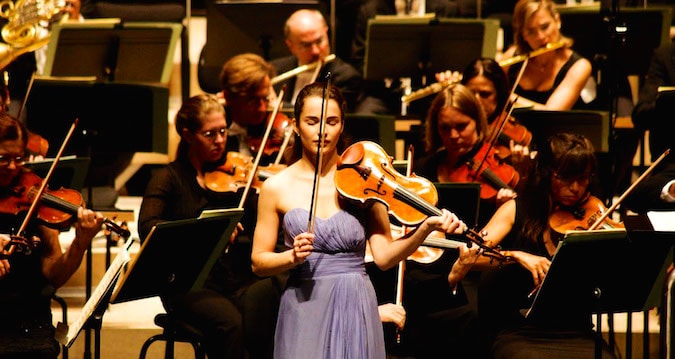 June 9 & 10 – Orchestre Philharmonique de St Petersburg: the oldest symphony orchestra of Russia having celebrated its 135th anniversary in 2017 and being renowned throughout the world will be in concert in the church of the palace of Topkapı, Aya Irini.
June 10 – Cubicolor: the Dutch DJ of deep house will be on the beach of Kafes in the North of Istanbul for an electric night!
June 10 – Roland Pöntinen: the pianist and composer of Swedish classical music will be on stage at The Seed, the concert hall of the beautiful Sakip Sabancı museum.
June 10 – Mor ve Ötesi: it is one of the cult rock band of Turkey, they are in concert at Dorock XL. 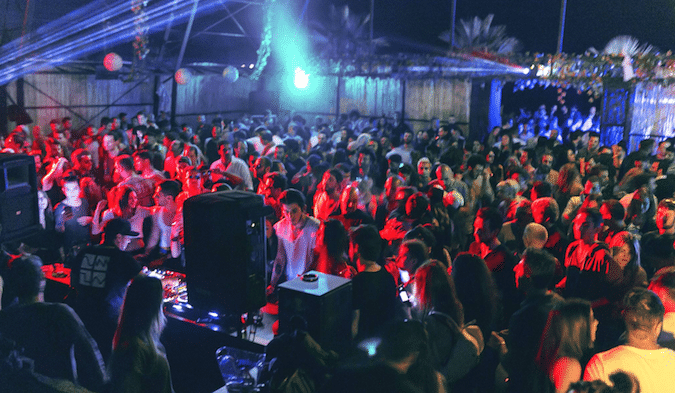 June 12 – From Mozart to Ellington: the church of Topkapi Palace, Aya Irini, pays tribute to music in general by inviting ten different composers to play Mozart to Ellington pieces. For more information: Mozart’tan Ellington’a.
June 15 – Fazıl Say: The Turkish pianist Fazıl Say, known for his music but also for his anti-government positions will be at the Lütfi Kırdar Anadolu Auditorium.
June 16 – Philip Glass: the American musician and composer of contemporary music considered as one of the most influential composers of the late twentieth century, his, with his contemporaries Terry Riley and Steve Reich, a pioneer and one of the most eminent representatives of minimalist music, especially the repetitive school, and classical music in the United States. He will be for the first time in Turkey, in concert at the church Aya Irini of the Topkapı Museum.
June 16 – Teenage Mutant, Moonwalk, Klangkuestler: the new electro beach Kafes of Northern Istanbul propose an interesting line-up with Teenage Mutant, Moonwalk and Klangkuestler. Do not miss it! 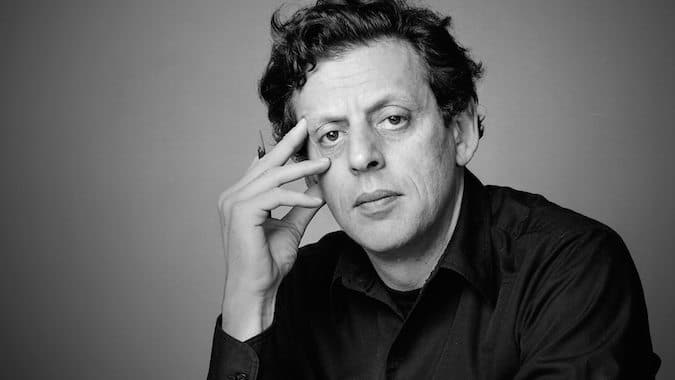 June 16 – Athena Akustik: the Turkish rock / punk band will be at the Harbiye Cemil Topuzlu open air theatre for an acoustic version of their best known titles.
June 17 – Arma Istanbul: the Arma club in Moscow and London come with their DJs team in Suma Beach along the Black Sea for a night that is worth seeing!
June 17 – Alex Stein: the electronic music DJ is at Kafes on the beach north of Istanbul.
June 17 – Can Bonomo:  the Turkish rock singer who participated in the Eurovision will be at the new concert hall of the nice neighborhood of Beşiktaş, the If Performance Hall Beşiktaş.

June 17 – Şebnem Ferah: the Turkish rock star whose style varies from pop rock to hard rock will be at the open air theater Harbiye Cemil Topuzlu.
June 18 – MFÖ: the deans of Turkish rock with the millions of albums sold will be performing at the open air theater Harbiye Cemil Topuzlu.
June 19 – Paganinoska Janoska Ensemble: four musicians, one family; four artists, one music. The Janoska family has been a family of musicians for more than 250 years. From the beginning, the father transmitted the sound of the family to his son, from one generation to another, and thus, thanks to that, the family’s own style, the characteristic sound of the Danube region and the musical expression of the Janoska family has been bequeathed cultivated and maintained for decades. At The Seed, the concert hall of the beautiful Sakip Sabancı Museum.
June 20 – Teoman: the Turkish pop / rock star, Teoman, will be performing at Harbiye Cemil Topuzlu. 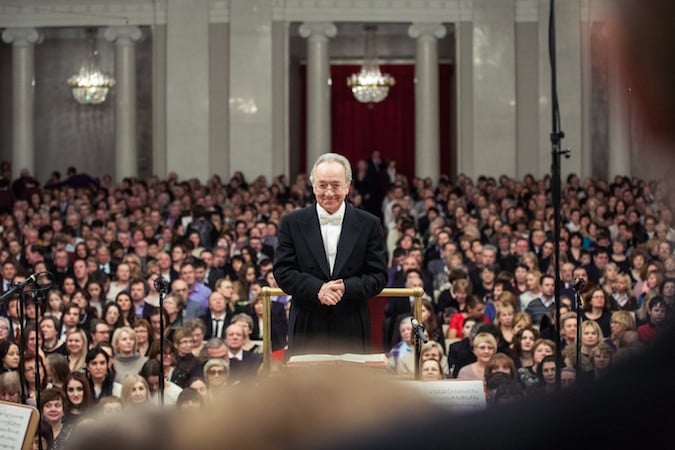 June 21 – Fazıl Say & Vienna Chamber Orchestra: the Turkish piano star, Fazıl Say, which is also an example of courage because he sometimes says aloud what other people are afraid to say, will be accompanied by the Vienna Chamber Orchestra at the Lütfi Kırdar Anadolu Auditorium.
June 22 – Kenan Doğulu: the Turkish popstar will be in concert at the open air theater Harbiye Cemil Topuzlu.
The schedule for the month of June 2017 stops here because after that there is not much planned, the locals will leave until early July for the end of Ramadan holidays. In case there will be some new events we will not fail to notify them! 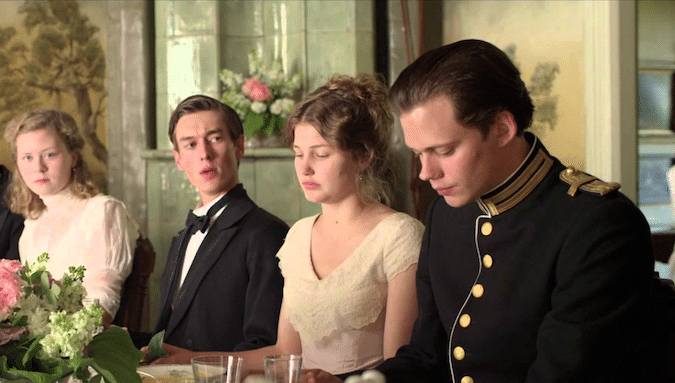 In June, Akbank Sanat will host the Nordic Film Days, a selection of Nordic films from Sweden, Norway, Finland and Denmark. The event will be held in collaboration with the Swedish Consulate in Istanbul, the Swedish Institute, the embassies of Norway, Finland and Denmark in Ankara, the Finnish Film Foundation and the Danish Film Institute, and promises to be a movie banquet.To learn more about the programming click here! 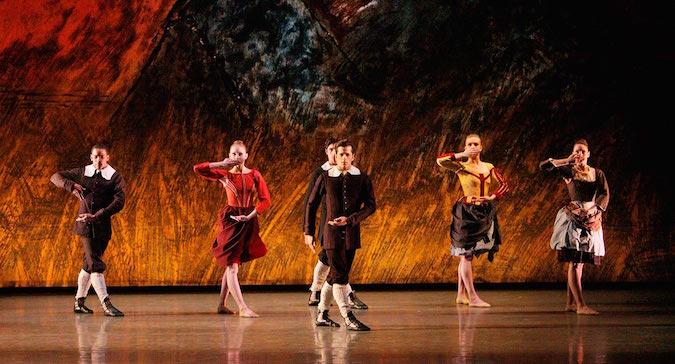 The Soqquadro Italiano is an Italian baroque ensemble that was born a few years ago and provides a contemporary interpretation of Vivaldi’s works. The concert is organized by Claudio Borgianni and the Prato City Chamber Orchestra. You will also have the opportunity to listen live Vincenzo Capezzuto, one of the founders of Soqquadro Italiano, with his remarkable performance ‘La Stravaganza’. Throughout the concert will be broadcast photos and video of Italy, the homeland of Vivaldi. 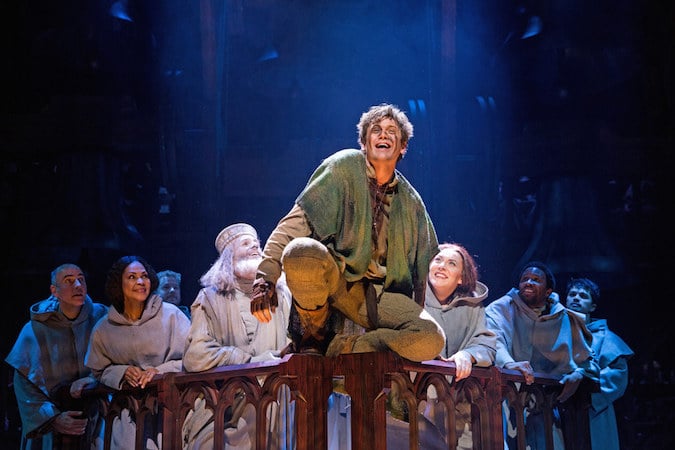 The French comedy inspired by the eponymous novel of Victor Hugo is in representation at the Trump Tower. Since its inception, the show has been performed in Belgium, Canada, China, France, Italy, Japan, Lebanon, Luxembourg, Russia, Singapore, South Korea, Spain, Switzerland, Taiwan, Turkey, the United Kingdom and the United States and translated into seven languages (English, Spanish, Italian, Russian, Korean, Flemish and Polish). At the Trump Tower. 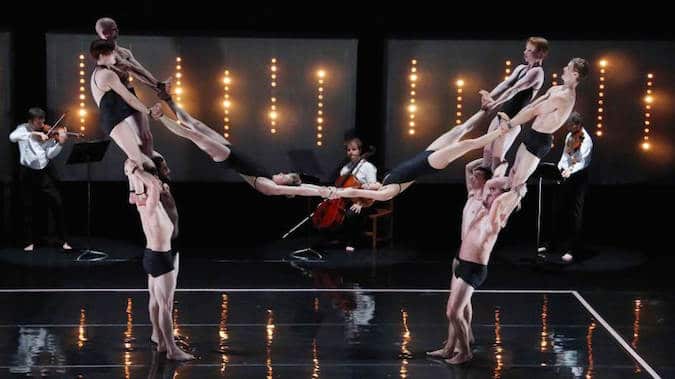 Following the worldwide success of the first Opus, created for the festival “Nuits de Fourvière” in Lyon, Opus 2 confirms the desire of the string quartet Debussy and the Australian company C! RCA to get as close as possible to their audience. The shape remains the same – a contemporary circus ballet accompanied by a string quartet – but this new show is made by a smaller team, and Shostakovich’s music is closer and more intimate than ever. 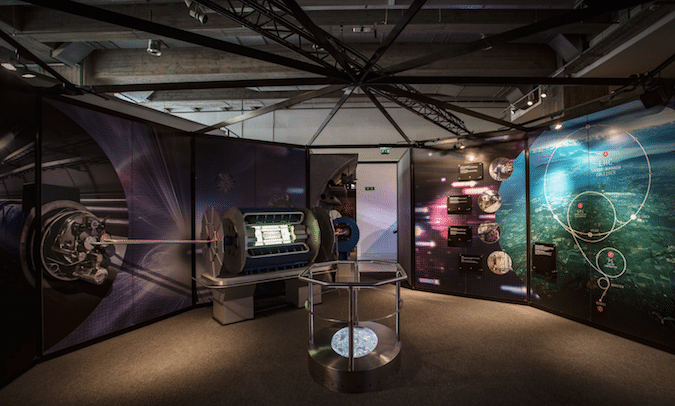 The University of Istanbul Bilgi will host the CERN “Accelerating Science” exhibition, one of the most important scientific events in the world. The exhibition will take place at the Santralistanbul Museum on the Bilgi University campus between March 12 and July 10, 2017 with the cooperation of the European Organization for Nuclear Research (CERN). The exhibition will offer visitors a booming journey from the beginning of the universe to the present day. At the Santralistanbul Museum of the University of Bilgi. 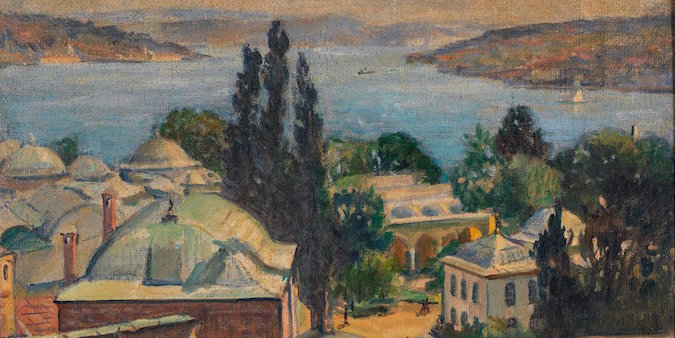 This exhibition is a retrospective of one of the most beloved painters of Turkey: Feyhaman Duran (1886-1970). It was part of the Generation of 1914, a group of artists whose career went through the end of the Ottoman era and the dawn of the Republic.The exhibition is presented in the new Cornucopia, No. 55 of the magnificent museum on the banks of the Bosphorus, the Sakip Sabancı. Also worth seeing is the homage of Maureen Freely’s movement to Feyhaman and his wife and artist Güzin, with photographs of Fritz von der Schulenburg’s house and artists’ studio. At the Sakip Sabancı Museum. 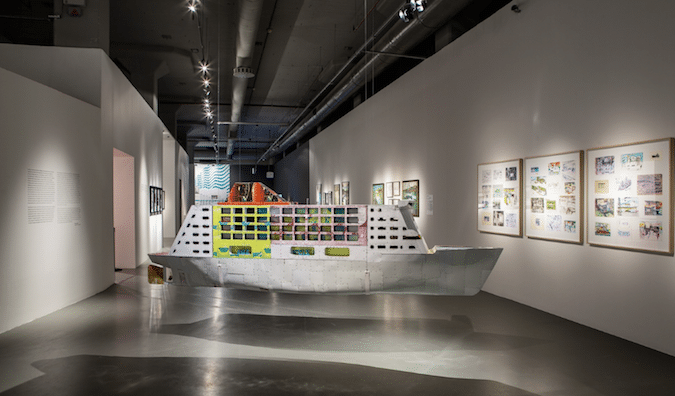 The new Istanbul Modern exhibition, “Liman”, focuses on ports and harbors. Focusing on Istanbul’s relations with the sea, “Liman” examines closely how art in Turkey presented the cultural and social life that developed on the coasts and around the city’s ports from the late 19th century to the present day. This is the last exhibition before starting the transformation and renovation of the museum and the area.

Organized by Çelenk Bafra and Levent Çalıkoğlu, the exhibition presents a selection of paintings, sculptures, models, engravings, drawings, photographs, videos and installations by 34 artists and collectives from various periods and disciplines. By exploring how port areas are reflected in the visual arts, not only as geographical sites but also as sites of social and economic interaction, the exhibition focuses on the symbolic and metaphorical aspects of the concept of “port”. At the Istanbul Modern. 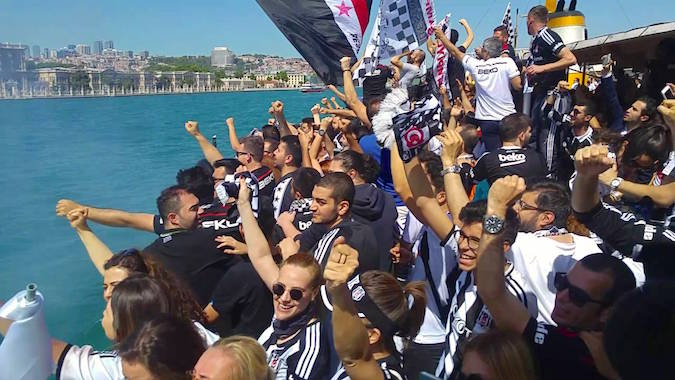 The Turkish football league is over, Beşiktaş the Turkish champion, the club and its supporters will celebrate the title Saturday 3 June in the neighborhood of the same name in an atmosphere of madness! If you are on site we recommend going there for a tour, as it is a unique moment to share with the locals in a peaceful atmosphere.

Concerning the basketball, Fenerbahçe won this year the Euroleague, the equivalent of the European NBA, we will have no match to offer you for a few months.

No other major sporting events are to be reported for this month of June 2017 in Istanbul, but for those looking for a fun place to run, bike or sail, contact us!

For other activities we could propose you in June 2017 click here!