In May the good weather settles down and the music festival season begins! This year there is the choice and there is something for every taste with a dozen of different festivals on the menu. In addition to music you can also find the Istanbul Theatre Festival, a lot of art exhibitions and the end of the Turkish football championship which promises to be exciting! It is a month that promises to be rich in culture and emotions, find out below all the program of this month of May 2016: 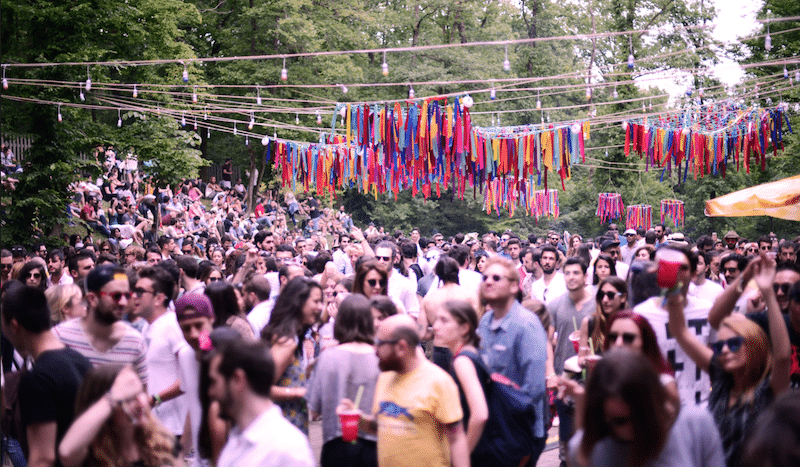 May 2 – Steven Wilson: the singer and composer of British progressive rock music will be on stage at the Zorlu Center PSM.
May 4 – Matt Simons: the New Yorker singer and producer of pop music, known in Europe for his single “Catch & Release” is in concert at the Babylon Bomonti.
May 4 – Scott Hamilton Quintet: the American saxophonist and tenor will play at the Nardis Jazz Club of Galata accompanied by his musicians within the Jazz Festival sponsored by the Garanti Bank.
May 6 – Funk Unit: the Swedish trombonist and singer of jazz and R&B music will be at the bar “Les Ambassadeurs” of the Swissotel for an intimate performance in a cozy atmosphere.
May 8 – Mother’s Day, Jazz & Brunch : on the occasion of Mother’s Day in Turkey, the very luxurious villa on the seaside of Yeniköy, the Sait Halim Pasa Yalısı, welcomes visitors for a brunch accompanied by live jazz from 10:30 am to late afternoon. For more informations: www.saithalimpasa.com
May 10 – Vassiliki Papageorgiou: The Greek singer living on the island of Heybeli off the coast of Istanbul and singing poems inspired by the culture of ancient Greece will be on the scene of Akbank Sanat.
May 12 – Light Night Party: the Beykoz Kundura Fabrikası, a former tire factory that turned into the Mecca of the underground party in Istanbul, offers this evening a Turkish music concert accompanied by a show of lights and a gourmet dinner fby the chief Maksut Askar. For more informations: www.beykozkundura.com
May 13 – Charles Lloyd & Jason Moran Duo: the dean of the jazz saxophone players, Charles Lloyd, marks a special concert at the İş Sanat, in duet with his long-term partner and pianist, Jason Maron.
May 13 – CRR Jazz Orchestra: the jazz band of the concert hall of the same name, the CRR Concert Hall, will be on stage this evening for a concert not to be missed!
May 13 – Alexandra Stan: the Romanian singer of house music, propelled to the forefront of the scene a few years ago with her single “Mr Saxobeat” will be performing at the Olimpia Event Hall.
May 14 – Markus Schulz: the German DJ and trance music producer, living in Miami in the US will be behind the turntables of the Garajistanbul.
May 14 – 100% Metal Presents Haggard: the annual metal festival of the Küçükçiftlik Park presents this year the group Haggard. It’s a symphonic metal band mixing classical music, medieval music and death metal. Not to be missed if you like it!
May 14 – Offtown Festival 2016: Sabanci University, one of the largest university in Turkey, is organizing the annually the Offtown festival on its campus. This year many local and international artists will be present. For more information: offtown.sabanciuniv.edu
May 14 – Renkli Su Savaşları: a boat takes you from Beşiktaş to the Elmas Kum Sarıyer beach for an unusual and fun day. On the menu: water and water guns battles, beach volley tournaments and DJs until midnight. After midnight the party continues until 3am on boats. Get all the details on this day on: www.biletix.com
May 15 – Park Fest : the outdoor concerts space of the city center, the Küçükçiftlik Park,opens the summer season with Park Fest. Last year more than 8,000 people were presents. This year on the program: lthe international star Azealia Banks, the French-Israeli Riff Cohen, the French Jain and many more … 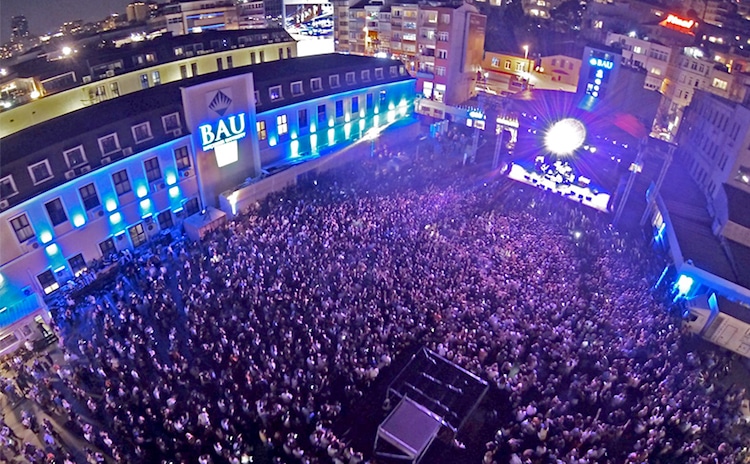 May 16 & 17 – Şehir Festivalı: the University of Bahçeşehir (BAU) organizes on its Beşiktaş campus a music festival lasting two days. On May 16, you can listen to the Turkish rock band Athena and on May 17 to the singer  Sıla followed by DJ Doğuş Çabaçor.
May 22 – Casio G Shock festival: the festival organized by the brand Casio begins at noon and ends at midnight, You’ll find on the program a selection of local and international artists of electronic music, rock and jazz. At the Küçükçiftlik Park.
May 26 – Muse : the British rock band, known worldwide and having sold over 20 million albums since his debut will be on the scene of the Küçükçiftlik Park.
May 27 : Jazz Tree – tribute to Wes Montgomery: several guitarists and other Turkish musicians pay tribute to jazz legend Wes Montgomery. An emotional concert at the Salon IKSV. For a drink after the show visit the breathtaking roof-top of the building: Saigon Istanbul.
May 27 : Lizt Alfonso Danse group: the Cuban dance group from Havana will at the Iş Sanat Cultral Center for a colorful representation !
May 27 – Spaceland Festival / Eva Simons: the Spaceland festival, with sets based on the theme of space hosts a string local DJs and the pop singer Eva Simons. At the Küçükçiftlik Park.
May 28 & 29 – Chill Out Festival 2016: it is one of the most anticipated festivals of Istanbul, it is organized annually by the Radio Lounge and attracts tens of thousands of people. This year again you’ll find a selection of artists from all genres and all nationalities. At Life Park Sariyer. For more informations on the line-up visit : www.chilloutfest.com
May 28 & 29 – Bi’ Büyük Balık Festivali – Ada Beach Club: the festival “A Great Fish” in English is held over two days at the Ada Beach Club on the island of Heybeli in the Prince’s Islands archipelago. On the menu: Turkish jazz or electronic music artists and shows of all kinds. For more details click here. If you want to get there in private yacht or with sailing boat contact us!
May 28 – Beirut: the American psychedelic folk music group is in concert at the Küçükçiftlik Park. 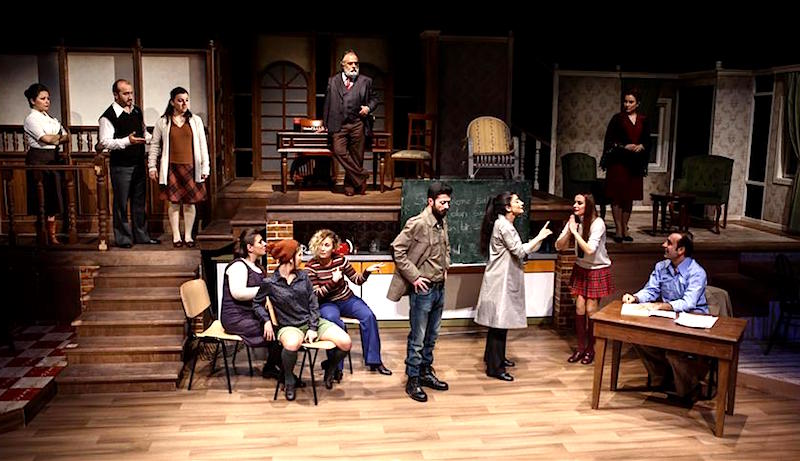 The Istanbul Theatre Festivalorganized by the IKSV group brings together during the whole month of May the best Turkish troops but also internationally renowned artists, theater companies and dance groups like the Berliner Ensemble, Tanztheater Wuppertal and the Royal National Theatre. The festival also features internationally known filmmakers parts like Robert Wilson, Tadashi Suzuki and Theodoros Terzopoulos. Find the programming on the festival website: http://goo.gl/CqVnio 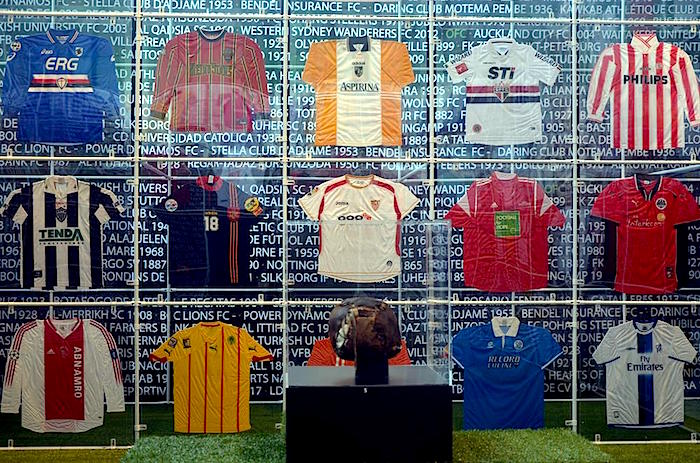 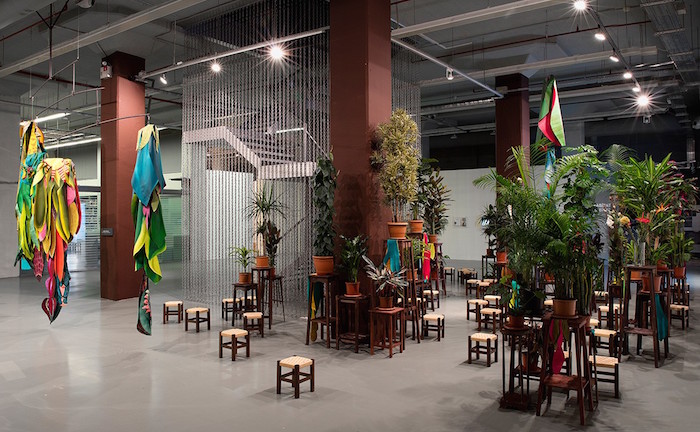 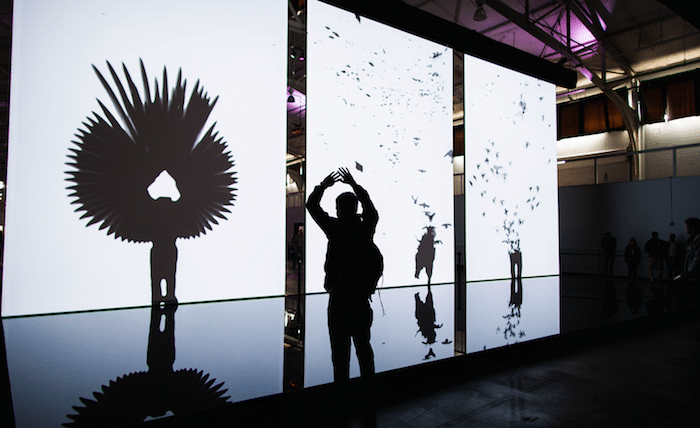 Art of Banksy – until May 31th at Global Karaköy : 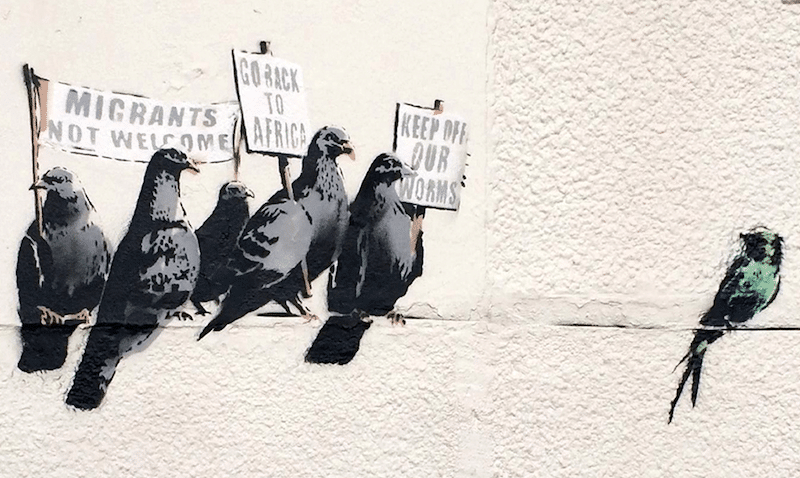 The works of the famous street artist Banksy will be exhibited on the occasion of the opening of the art gallery Global Karaköy. Organized by Steve Lazarides, this exhibition will present a total of 100 works of Banksy including some of its most famous as “The Little Girl Red Balloon” and “Maid in London.”

This is the first time that so many of the Banksy works will be exhibited in the same gallery, don’t miss it! At the Global Karakoy 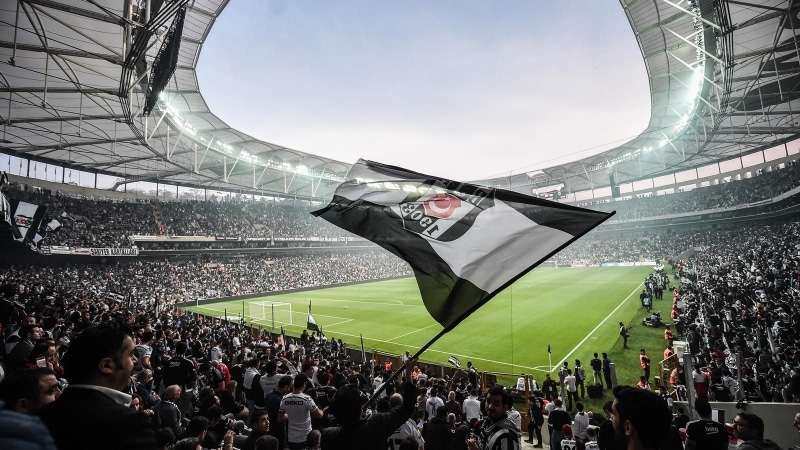 April was glorious month for Turkish sport; the final of the Istanbul Tennis Open was won by a young local player, Çağla Büyükakçay, Galatasaray’s basketball club won the Eurocup against Strasbourg and Fenerbahçe ‘s basketball team will compete in the “Final Four” of the Euroleague in Berlin.

In May in Istanbul it is the turn of two great clubs of the city to compete for the title of champion of Turkey: Fenerbahçe and Beşiktaş. After the opening of the new stadium of Beşiktaş on April 11, every game day in the neighborhood looks like a festival. Fenerbahçe games are them played in the district of Kadikoy on the Asian side in an atmosphere equally explosive, it’s really not to be missed! Today, at the time we are writing these lines, Fenerbahçe has 3 points less than Beşiktaş, they are still 3 games to go and 9 points to make. 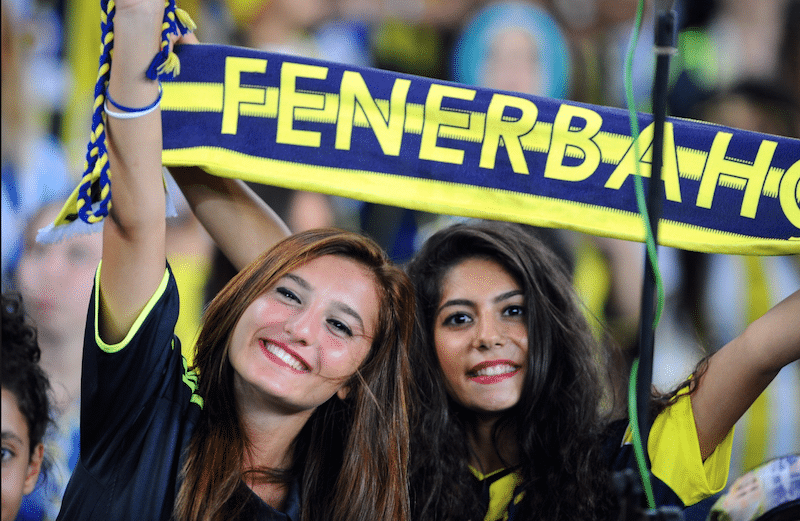 Here is the match schedule that will play in May in Istanbul:

May 8: Galatasaray VS Beşiktaş at the Türk Telekom Arena

May 15: Fenerbahçe VS Gençlerbirliği at the Şükrü Saraçoğlu stadium in Kadiköy.

May 15: Beşiktaş VS Osmanlıspor at the Vodafone Arena of Beşiktaş.

The atmosphere could be very friendly as concerts featuring big names in local pop will take place before and after the game. For more details click here.

We will keep updating the month of May’s program so stay tuned!

The program of April will expand in the upcoming days, we will update it so stay tuned! If you have questions or need more information to get to these events, please email us or leave a comment below.