What to do, what to see in December in Istanbul ?

The month of December in Istanbul is always a big party. Between the windows decorated for Christmas (even though Turkish people don’t celebrate it) and the happy atmosphere of the new year, there are many things happening across the city. Here is the program for this month of December 2018; between concerts, exhibitions and others, you will be spoiled for choice: 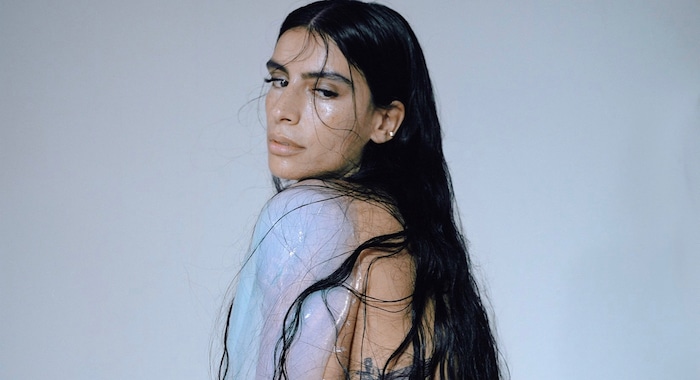 December 1 – Sevdaliza: the irano-dutch singer of pop and electronic music will be on the stage of the Zorlu Center PSM.

December 1 – Ümit Besen & Pamela: the famous Turkish pianist ans songwriter Ümit Besen is at the Dorock XL of Beşiktaş with Pamela, one of the best known rock singer in Turkey.

December 1 – Brianna Feat Monoir: the Romanian singer, known for her hit “Lost In Istanbul” will be at the Hayal Kahvesi Emaar accompanied by DJ Monoir.

December 2 – Duman: the legendary Turkish rock band of the past recent years, known for their great music but also for their outspokenness, will fill the VW Arena!

December 2 – Contra: the Turkish rapper, having been noticed this year on Youtube and Spotify is in representation at the Dorock XL of Kadiköy! 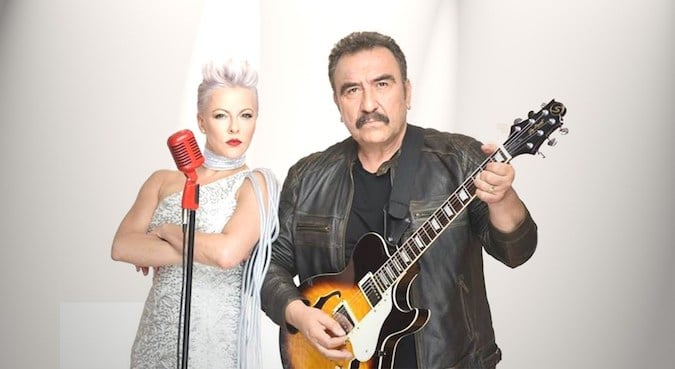 December 5 – Karsu Plays Atlantic Record: the indie-pop Turkish diva, Karsu, will be at the Caddebostan Cultural Center, performing the iconic songs of the Atlantic Record of jazz and blues. The founder, Ahmet Ertegün, of Turkish origin, was one of the founders of the label during the oppressive era of “black music”. Ahmet has been showcasing talent since the creation of Atlantic Records (1947), such as Ray Charles, The Rolling Stones, Aretha Franklin, Bee Gees, Led Zeppelin, Eric Clapton and Cher.

December 5 – Hüsnü Dream: the best-known clarinetist from Turkey will be at the IF Beşiktaş to play his catchy and catchy melodies.

December 6 – Nadine Shah: the singer, musician and composer of British folk / rock is in concert at te Zorlu Center PSM.

December 6 – Kalben: the Turkish indie-rock star will be in concert at Babylon, do not miss it if you want to discover local new talents! 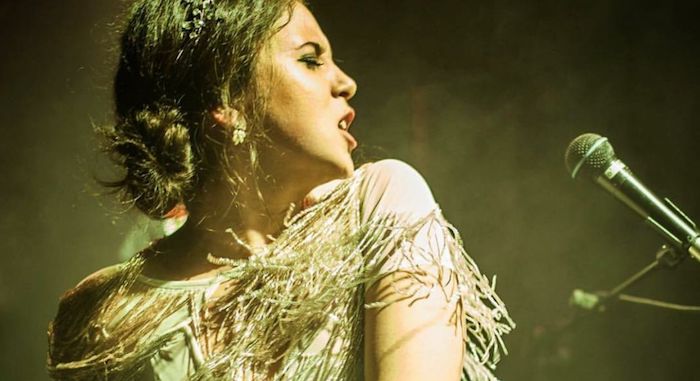 December 7 – Fakear: the songwriter and French musician of electronic music will mix at the Zorlu Center PSM, as part of the XXF Very Very French, a festival promoting French artists in Turkey.

December 7 – Tsar B: the Belgium singer of R&B and soul will be in concert at the Salon IKSV.

December 7 – Serbab’s musical: the Turkish singer is known to have won Eurovision but also to be a monument of Turkish pop. She will be in concert at the Uniq Hall to play her best known tracks.

December 8 – Hadise: the Turkish singer born in Belgium is now well known in Turkey for her musical repertoire but also because she is on the jury of the local “The Voice”. She will be at the Bostancı Gösteri Merkezi.

December 9 – Concerts for peace: the best musicians of Turkish high schools will be in the auditorium of ENKA to play the great classics of music. Revenues from the concert will be donated to organizations for disadvantaged children. 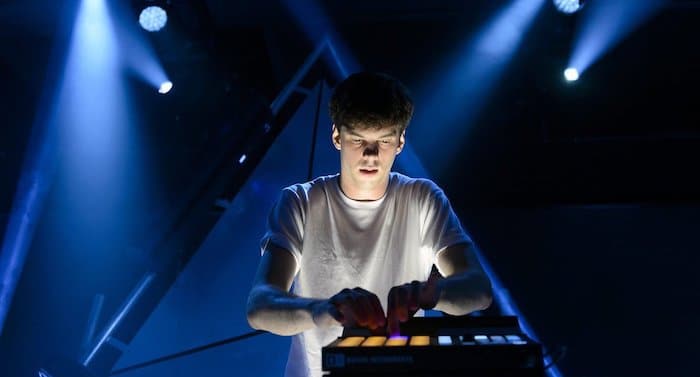 December 12 – Symphony Orchestra CRR: the symphony orchestra of the Cemal Resit Rey Academy is in concert in the hall of the same name, the CRR Concert Hall.

December 12 – Evrencan Gündüz ve Uzaylılar: the new prince of Turkish indie-rock is at the Moda Kayıkhane accompanied by the Uzaylılar (aliens in Turkish), a group of musicians.

December 14 – Balkan Wedding Party: the Kolektif Istanbul takes you to the Balkans with musicians from the region in styles ranging from electro to folk.

December 14 – Mabel Matiz: the singer and songwriter of Turkish pop being also an important activist of the LGBT cause in Turkey is in concert at the Dorock XL of Beşiktaş.

December 15 – Istanbul Funk Unit: the band of local musicians plays the funk arrangements of masters such as Miles Davis, John Coltrane, Wayne Shorter and Bill Withers, as well as tunes from Turkish folk music. At the Nardis Jazz Club.

December 15 – Athena: the star group of rock, funk and Turkish ska is at the Dorock XL of Beşiktaş for a concert not to miss!!

December 18 – Eda Baba: the rising star of the independent Turkish Rock is at the IF Beşiktaş.

December 19 – Adamlar: an iconic group from the rock scene in Turkey for another cool concert not to be missed. At the IF Beşiktaş!

December 19 – Ilhan Erşahin’s Istanbul Sessions: Ihan Ersahin is probably the best Turkish saxophonist, but he is also an entrepreneur who has opened jazz clubs in Turkey and the United States. He has contributed to the emancipation of the new generation of Turkish musicians from around the world with his label: Nublu. He will be on the scene of the Moda Kayıkhane with other Turkish musicians to play his Istanbul Sessions

December 20 – Kalben:  the star of Turkish indie-rock is in concert at the IF Beşiktaş, not to be missed for a beautiful musical discovery. 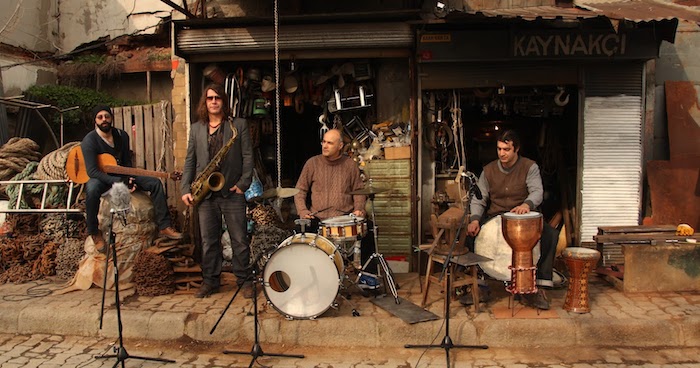 December 20 – Incesaz: the Turkish classical music group also mixing sometimes “lounge” sounds is at the Zorlu Center PSM to play the music of Yeşilçam, the Turkish film of the 70s comparable to the New Wave.

December 20 – Psychedelia Night: te concert hall of Babylon organizes the psychedelia night, which as his name suggests, is an evening where local and international DJs such as Fontan, Islandman, Mousike will be invited to play psychedelic music.

December 21 – Omar Souleyman: Omar Souleyman is a Syrian singer mixing a kind of oriental techno on Syrian songs, he has been living in Turkey since 2011. At the Zorlu Center PSM.

December 21 – Reggae Night: the concert hall If Beşiktaş organizes a festival with the new talents of reggae / rock, on the menu Sattas but also local groups to discover! 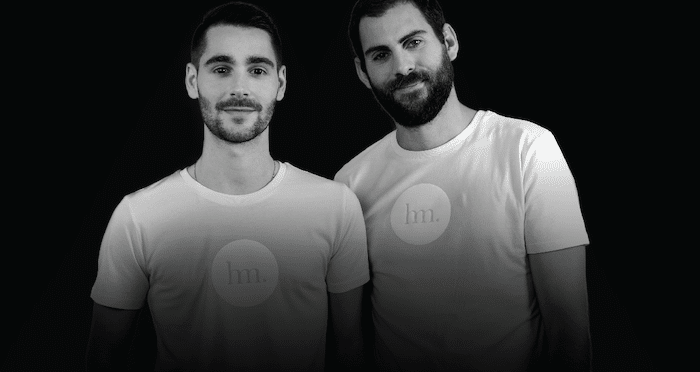 December 21 – Mor Ve Ötesi: the Turkish alternative rock band, considered as one of the best local rock bands of all time is at the Dorock XL of Beşiktaş.

December 21 – Discolog: the Turkish DJ will be at the IF Performance Beşiktaş, he mixes Turkish music from the 70s with more modern sounds for interesting results.

December 22 – Fazıl Say: the virtuoso Turkish pianist, who has the habit of filling entire stadiums and has been controversial in his last years for his anti-government stances, will be at the VW Arena.

December 22 – Maktub By Satori: born of Serbian and South African parents, Satori offers a musical experience in the image of its roots, out of the ordinary. He will mix at the Beykoz Kundura, in Istanbul’s film studios.

December 22 – Woralks & Joachim Pastor: the two French DJs having become in recent years international stars, will be at the Zorlu Center PSM. 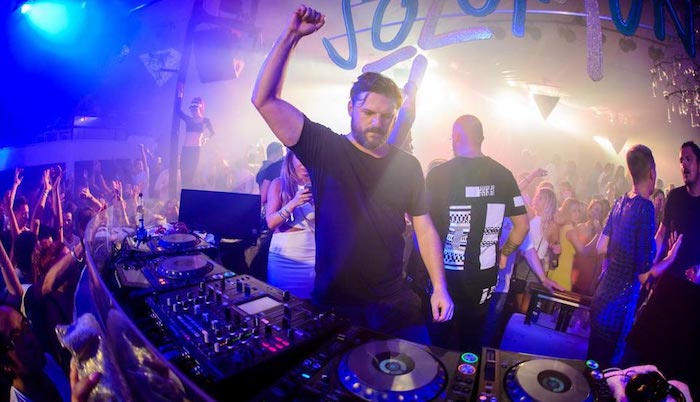 December 26 – Ensemble of the historical Istanbul music: the Bağlarbaşı Congress and Cultural Center organizes an evening where musicians will play historical Turkish music over a period of time.

December 27 – Jakuzi: the Turkish group of nu-disco / indie-rock, with the style comparable to the British of Metronomy, is in concert in Babylon.

December 27 – Esra Kayıkçı’s Band: Turkish jazz musician Esra Kayıkçı will be performing at the Nardis Jazz Club accompanied by her troupe of musician. She finished half finalist at the prestigious Montreux Jazz Festival in 2016.

December 28 – Gazapizm: the Turkish hardcore rap band is at the Dorock XL Beşiktaş for a concert in fire!

December 29 – CRR Symphony Orchestra: the symphony orchestra of the Cemal Resit Rey Academy is in concert in the hall of the same name, the CRR Concert Hall.

December 29 – Solomun: the international house DJ is in concert at the Zorlu Center PSM, the last time he was in Istanbul he had mixed for 11 hours in a row at Kafes on the northern beach of Istanbul.

December 14 & 15 – Harry Potter and the prisoner of Azkaban at te Zorlu Center PSM: 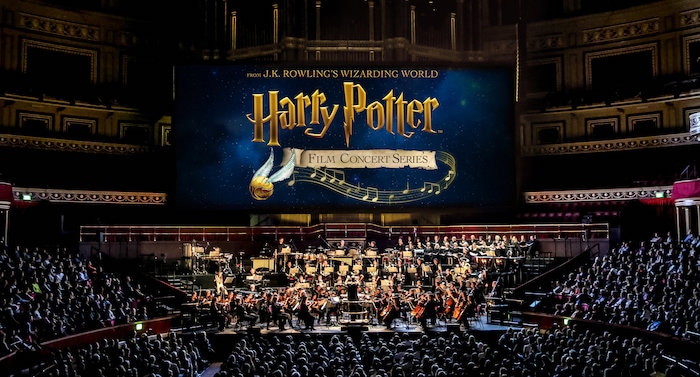 Spectators will discover the next chapter of the Harry Potter film concert series with a live orchestra performing John Williams’ music from the entire live film. 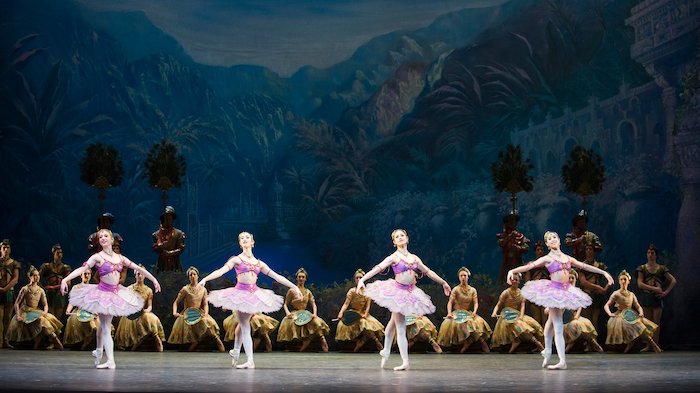 The Bayadère is one of the greatest works of Marius Petipa – a story of passion, betrayal and redemption taking place in India. The ballet was performed for the first time in St. Petersburg in 1877. The Bolshoi Ballet, one of the largest companies in Russia, then presents its magnificent show at the Royal Opera House, on the occasion of the fiftieth anniversary of its representation in Covent Garden. The stunning sets and costumes of Nikolai Sharonov illustrate the tragic story of the condemned love of the temple dancer Nikiya for the warrior Solor. At the  Zorlu Center PSM. 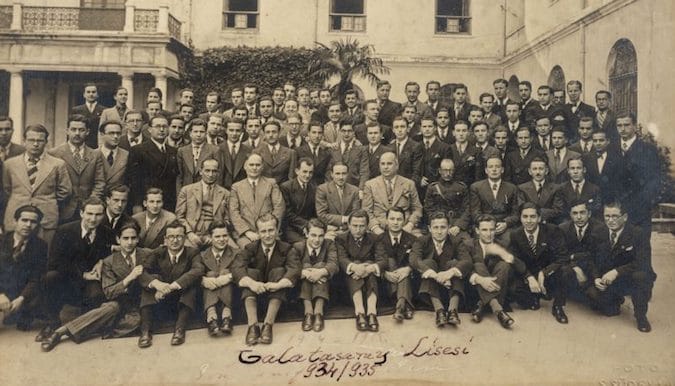 Football : watch a football game in Istanbul is an experience not to be missed, the atmosphere of the stadiums is often explosive while remaining friendly. This year the Turkish league has seen the arrival of many players of quality. Here are the upcoming matches in Octorber:

For other activities we can propose you to do in December 2018 click here!