Going to a football match in Istanbul, a unique experience!

Upon arrival in Istanbul, you will soon realize that football has a more important place than religion in society (or almost!), it affects all classes of the population. From the President to the taxi drivers, women, men, and children; everyone has an opinion about football, and knowing which team you support is very important.

During your stay in Istanbul, we recommend you go to a football match!

The atmosphere, the madness at major games is no comparison to Europe and even the world. The songs of the supporters, flags, and choreographies provide a memorable show you will not forget!

Since we started our blog we have had many requests for tickets for football matches in Istanbul, therefore, we have developed “football tours” to allow you to spend an evening immersed with fans of the biggest clubs in Istanbul (Galatasaray, Fenerbahçe, Beşiktaş)

For more details on tours and to take part, please visit the page: Football tours and upcoming matches.

THE THREE CLUBS IN ISTANBUL

In Istanbul  there are three clubs sharing the limelight: Galatasaray, Beşiktaş and Fenerbahçe. In the last 30 years, they have only missed the title of Turkish champion once.

The emblems of the clubs of Galatasaray, Fenerbahçe and Besiktaş.

Beşiktaş is the oldest club in Turkey. Established in 1903, it holds the name of one of the city’s neighborhoods. Since 2016, the club has been hosting the Beşiktaş JK home games in the Vodafone Park stadium (41,903 seats). Located in the Beşiktaş district, it was built to replace the BJK İnönü Stadium, inaugurated in 1947.

Before and during a Beşiktaş match.

The club emblem is the black eagle; the colors are white and black. In 2009 The Times considered the atmosphere in the stadium as one of the 10 best in the world. The decibel record in a stadium was beaten during the match against Liverpool in 2008 but was eventually overthrown by supporters of Galatasaray.

This is the club of the people before the game the supporters go in the center of Besiktas around the statue of the eagle to eat, drink and sing with fans before walking to the stadium. The atmosphere is truly extraordinary. Groups of the Çarşı supporters (Beşiktaş district) consider themselves anarchic which is why in some parts of Istanbul you can see the anarchy symbol “A” in a circle.

The incredible atmosphere during a match between Besiktaş and Liverpool.

The Galatasaray Club was founded in 1905. It is created by Ali Sami Yen who was a student of Galatasaray High School. This school is located on Istiklal Street, it still plays an important role in the education system in Turkey. His name is associated with excellence. 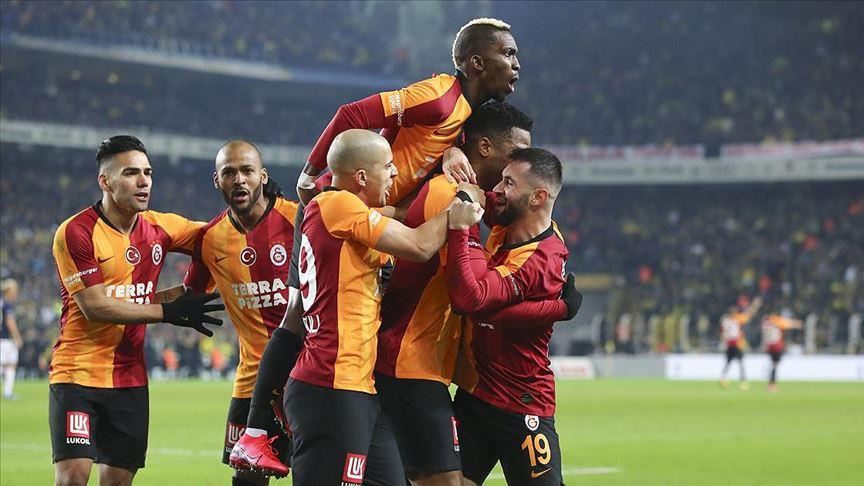 February 23, 2020: Galatasaray’s stunning victory over Fenerbahçe, his biggest Turkish opponent on the move in 20 years. In this great Istanbul derby, Galatasaray finally managed to defeat Fenerbahçe, as well as his two-decade curse.

This is the most successful club in Turkey and has won the championship 19 times and above all, it is the only Turkish club to have triumphed in Europe (Winner of the UEFA Cup and the European Super Cup in 2000 ), considered an “intellectuals” club, its emblem is the lion and its colors are red and yellow. Before the game, fans gather in bars and restaurants of Mecidekoy, where the old stadium was. Since 2011 matches are held in the Türk Telekom Arena, it is one of the 5 most modern stadiums in Europe. This stadium has a capacity of 53,650 spectators. The stadium is beautiful with its only fault being its distance from central Istanbul.

Atmosphere during a match of Galatasaray.

Fenerbahce’s Club (garden’s lighthouse) is the Asian side’s club and also the richest in Turkey. It was created in 1907 and named after the lighthouse you can see at the entrance of Kadıköy, the area in which you will find their stadium, Şükrü Şaraçoğlu. It was renovated in 2003 and has a capacity of 52,500 people. Its colors are blue and yellow and its emblem is the canary. Before the game fans gather in the Kadikoy neighborhood to eat and drink, the atmosphere is great! What we particularly like about this stadium is the proximity to the center of Kadikoy, just a short fifteen-minute walk to find yourself at the stadium. Attending a game is a good reason to spend an entire day on the Asian side of Istanbul.

There is a strong rivalry between Galatasaray and Fenerbahce and in the history of their games things have gotten very heated! Some are so fanatical that they cannot imagine marrying a person supporting the rival team. If you ‘re lucky enough to be in Istanbul during a match try to find tickets because it is really worth it!

Football in Turkey really is more than a sport it is part of everyday Turkish life. Most newspapers devote an average of 4 pages daily to the subject, even during the summer when there are no more matches.

If you want to experience the atmosphere of a match and an evening with the fans please visit:  Football tours and upcoming matches.