Dates to remember in 2019 in Turkey and Istanbul

Many of you are asking us about holidays, major dates and events of this year 2019. You will continue to find our articles of the month with concerts, exhibitions and many more in our section: concerts & exhibitions.

Here are the important dates of 2019 in Turkey and Istanbul that will help you organize your trip according to the key dates of this year, do not forget to notify us or write to us if you think there is something missing or you want more information: 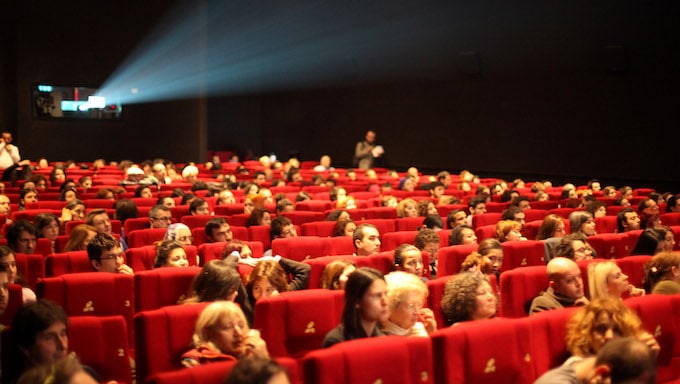 April 23 – National Sovereignty and Children’s Day (holiday): the 23rd of April in Turkey it is the children’s festival, many people go to lay wreaths on the monuments of Mustafa Kemal Ataturk, founder of the Turkish Republic. The largest ceremony takes place at the Ataturk Mausoleum in Ankara. Because Atatürk dedicated the Turkish Republic to children, Turkish schoolchildren sit in Parliament for the day and symbolically govern the country. They elect a president who then addresses the country on national television. Children’s festivals are held throughout the country. The state-run Turkish Radio and Television Corporation (TRT) brings children between the ages of 8 and 14 from different countries of the world to Turkey. These children spend a week in Turkish families and participate in children’s festivals that end with a gala on April 23rd. 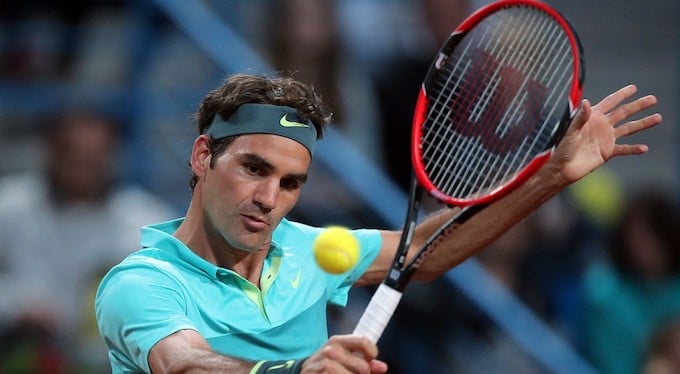 April 28th – Orthodox Easter: the Christians of Istanbul are predominantly Orthodox and Easter is without doubt their most important religious holiday. Therefore, on Orthodox Easter Sunday religious events are expected throughout the city, including  the Patriarchate of Constantinople located in Fener!

May 1 –  Labor Day: May 1st in Turkey, as in a large part of the world is Labor Day. Taksim Square has always been the scene of major demonstrations and this date has an important symbolic meaning because on May 1, 1977, 37 people lost their lives after unidentified fire on the demonstrators. Protests and rallies in Taksim Square were then banned. Despite the ban, thousands of protesters try to get there every year and clashes with the police take place. It will be therefore wise to avoid the area of Taksim during this day, from 9am to 6pm..

May 5 to June 3 – Ramadan: the month of Ramadan in Istanbul is a month of spirituality for practicing Muslims. The purpose of the fast is to purify the body and the soul and it lasts a month. That said, it’s not a completely dead month. Museums, restaurants, bars, clubs remain open and concerts, festivals and other events continue to take place throughout the city during the whole month of Ramadan. It is also a month of sharing and you can enjoy the event to break the fast with locals in many parks in the city. For more info contact us.

May 19 – Commemoration of Atatürk, Youth and Sports Day: the Turkish commemorate the founder of the Turkish Republic, it is a holiday and many sports events and closures are expected. In addition to paying tribute to Atatürk parades as well as sporting events are held across the country. 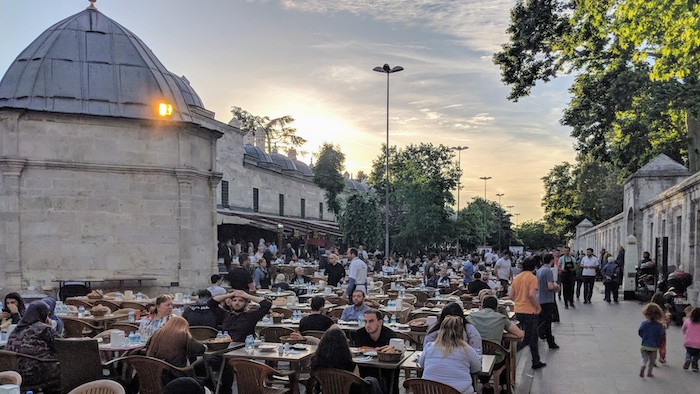 June 3 to 6 – End of Ramadan: it is called Bayram in Turkish and Eid el-Fitr in Arabic, this is a 3-day festival that’s celebrated every year at the end of the fast month of Ramadan. A bit like Christmas for a Christian, it’s an opportunity to visit family members. Local life will therefore slow down although it is only the first day that closures are expected for museums. Administrations and many restaurants and shops will be closed for the duration of Bayram.

June 14 to 19 – Cappadox Festival: the music, culture and food festival of Cappadox was organized for the first time in 2015 in the magical and lunar landscapes of Cappadocia and offers an experience not to be missed with a compendium of music, contemporary art, gastronomy and outdoor activities. The 5th edition of the festival will host more than 140 events between June 14-19. This is an event not to be missed, for more information visit the official festival page: www.cappadox.com.

July 15 and 16 – Chill Out Festival Istanbul: the Chill-Out Festival makes thousands of people dance across Turkey each year with its editions in Istanbul, Bodrum and Cesme. This is one of the best festivals of the year with house, lounge and minimal music in Istanbul, the atmosphere is always very relaxed and friendly. Several musical scenes simultaneously offer different concerts. It has become a classic in 12 years, distinguished by its musical quality, open mindset, service with its many food trucks and unmatched atmosphere. This year the festival takes place between 15-16 July in Istanbul : www.chilloutfest.com 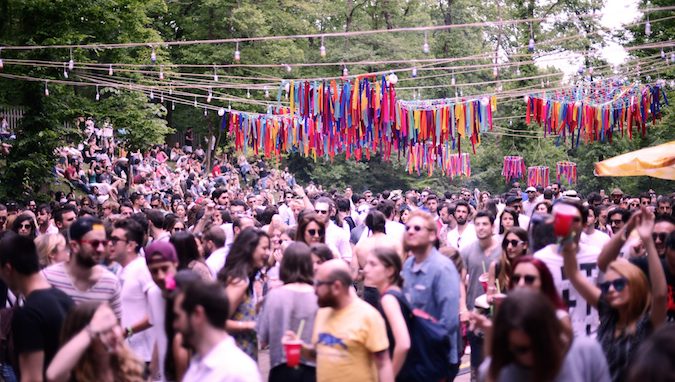 July 15 – Democracy and National Unity Day: the murderous coup attempt of July 15, 2016 was officially declared an holiday and a series of commemorative events will be held throughout Turkey.

July 19 to 21 – Bosphorus Cross Continental Swim (swimming across the Bosphorus): it is certainly the most famous swimming race in Turkey. Every year since 1989, in Istanbul, we attend an impressive show: the cross continental swimming race. It consists of crossing the Bosphorus by swimming, organized by the Turkish Olympic Committee. As the only international cross continental swimming competition, it brings swimmers from all over the world together on a 6.5 km course, from Kanlıca on the Asian side of Istanbul to Kuruçeşme Cemil Topuzlu Park on the European side. To register, participate or attend the race: www.swimtrek.com

July 19 to 21 – Bozcaada Jazz Festival: Bozcaada is a small island in the Aegean Sea, beautiful because very wild and you have many activities on site like scuba diving, beach, walk around on a scooter or on foot but especially taste the Corvus wines which are considered as one of the best Turkish wines. In addition to that the food on the island is succulent, all the small taverns of the main village offer fresh and well prepared products at a medium price. Moreover, between July 19 and 21 is held the island’s jazz festival bringing together local and international artists, not to be missed! For more information consult the official festival page: www.bozcaadacazfestivali.com 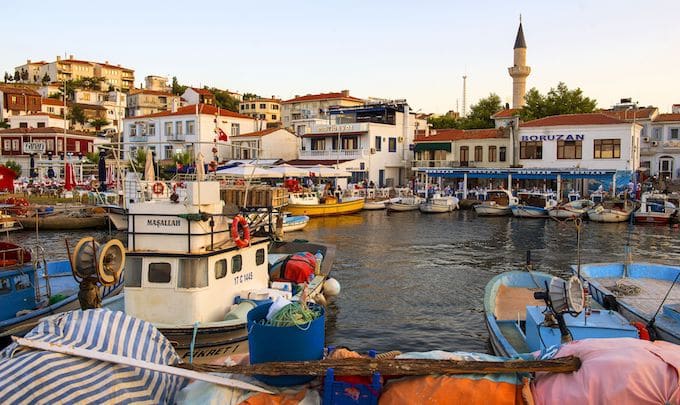 July 19&20 – Chill Out Festival Bodrum: Istanbul Lounge FM Radio hosts the annual Chillout Festival at Xuma Beach in Yalıkavak, Bodrum. What more can you ask than to listen to good music in a small cove of the Aegean Sea? For the line-up and more information: www.chilloutfest.com

August 10 to 14 – Feast of Sacrifice (Kurban Bayramı): about 2 months after the end of Ramadan, a second important religious festival takes place in Istanbul and Turkey. This is the festival of the Sacrifice, Kurban Bayramı in Turkish, which is characterized by 4 holidays. During this period, administrations, many shops and most businesses are closed. As with the eid after Ramadan, many Istanbul residents return to their families throughout Turkey. However, apart from the Grand Bazaar, which usually closes for a few days during this period, the main tourist attractions are still open to the public. This year the Feast of Sacrifice will take place from August 11 to 14.

August 30 – Victory Day: the Victory Day (Zafer Bayramı) commemorates the victory of the Turkish forces over the Greek armies in 1922. Military parades are organized throughout the country. Apart from the administrations, all tourist sites remain open on August 30th. 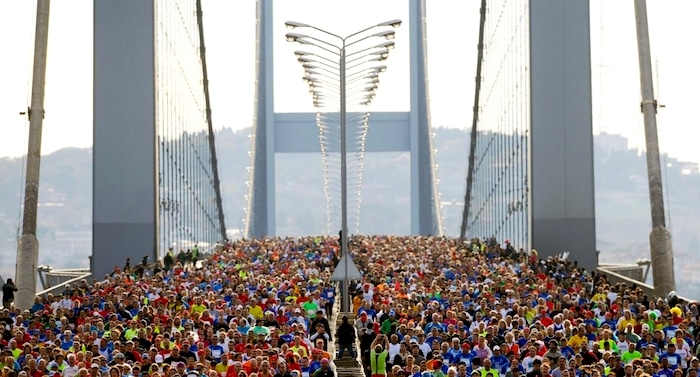 November 3 – Istanbul’s Marathon: the Istanbul Intercontinental Marathon (Avrasya Maratonu) or simply the Istanbul Marathon, is the only one in the world to be run on two continents. From the Asian shore to the European side of the Bosphorus is a marathon steeped in history, a race to go back in time! To register and for more info: www.maraton.istanbul

December 7 to 17 – Rumi Festival (whirling dervishes) in Konya:  the dance of whirling dervishes is a form of active meditation, of Sufi origin. It is still widely practiced in many countries, especially in Turkey, where it has its roots in the Mevlevi order, inspired by the great mystic poet Mevlânâ Celaleddin Rûmi. Every year during the week of December 17 in Konya, the day of the death of Master Rûmi, thousands of people from all over the world gather at the magnificent Mevlana Mausoleum dating from the thirteenth century to celebrate Seb-i Arus, his “Wedding Day” “, The meeting of his beloved, with the Divine: mevlana.net

For concerts, exhibitions and other events of the month click here!

For things to do according to the seasons click here!