Turkish films: a bit of history and our selection

The History of Turkish Cinema

The history of Turkish cinema began at the Ottoman court in 1896 with the projections of the Lumières films, followed by two short documentaries, Panorama of the Golden Horn (click here for the link) and Panorama of the banks of the Bosphorus (click here for the link), directed by Alexandre Promio, the forerunner of the tracking shot; a movement of the camera during the shooting. Other documentary films were also made between 1910 and 1920 by Turkish director Fuat Uzkınay.

After the proclamation of the Republic of Turkey in 1923, Mustafa Kemal Atatürk encouraged culture and art. It’s the beginning of Turkish cinema with cinema pioneer Muhsin Ertuğrul. Based mainly on theatrical adaptations, he had the monopoly of the cinema and he is at the origin in 1931 of the first Turkish speaking film, Istanbul Sokakları (link here)  and of the first color film, Halıcı Kız (link here) in 1953. 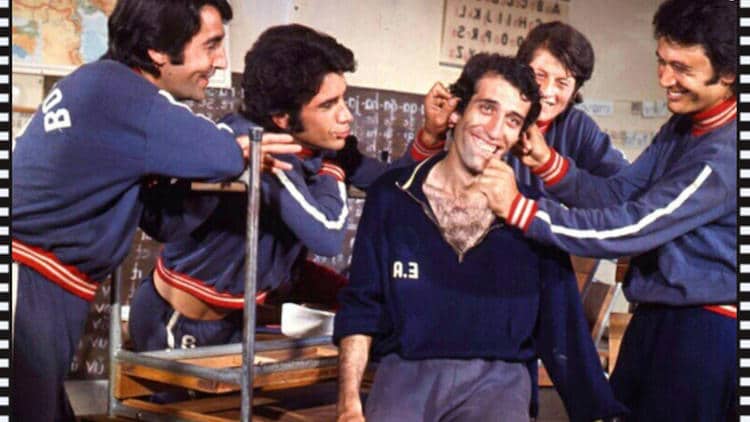 Kemal Sunal, one of the most famous actors of Turkish cinema born in 1944.

Turkish cinema in 1945 contained only a total of fifty films. The real boom in Turkish cinema began in 1950 with the Yeşilçam studios (Green Pine in English) with a production of up to 300 feature films per year and placed Turkey in 1970 as the world’s fifth-largest film producer with low-budget popular films. This boom was partly due to the influence of the military coup in 1960 which raises awareness of the need to account for the political and social reality of a moving Turkey, then frees artistic creation from significant censorship.

Three very distinct movements are created. National cinema became known for the first time internationally thanks to the film Susuz Yaz (A summer without water) by Metin Erksal and won the Golden Bear in Berlin in 1964. Nationalist cinema praised the westernization of society in opposition to the national cinema. Revolutionary cinema focuses on conservative and religious values. 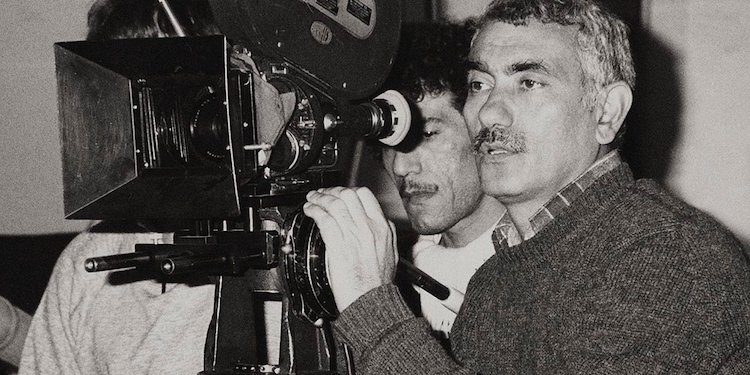 Yılmaz Güney during a shoot.

The pressure of censorship also incites to depoliticize the cinema, this curiously leads to the creation of a committed cinema from which Yılmaz Güney is the symbol. The director and screenwriter mainly deal with everyday life in the countryside and oppression. Among these numerous masterpieces, we note the film Sürü (The Herd) written during one of his many stays in prison as well as the film Yol (Yol, permission) released in 1982 which won the Palme d’Or at the festival from Cannes. Subsequently, other directors like Semih Kaplanoğlu or Nuri Bilge Ceylan also began to be better known in Europe.

The situation improved in the mid-1990s, and during the year 2000 more than 20 million tickets were sold throughout the country, which then had 500 cinemas. Currently, Turkish films attract millions of viewers and regularly appear at the top of blockbuster lists, often overtaking foreign films at the local box office. Budgets have also increased considerably after 2010 and a growing enthusiasm around the Turkish series. The industry is globalizing by taking advantage of the popularity of actors abroad. 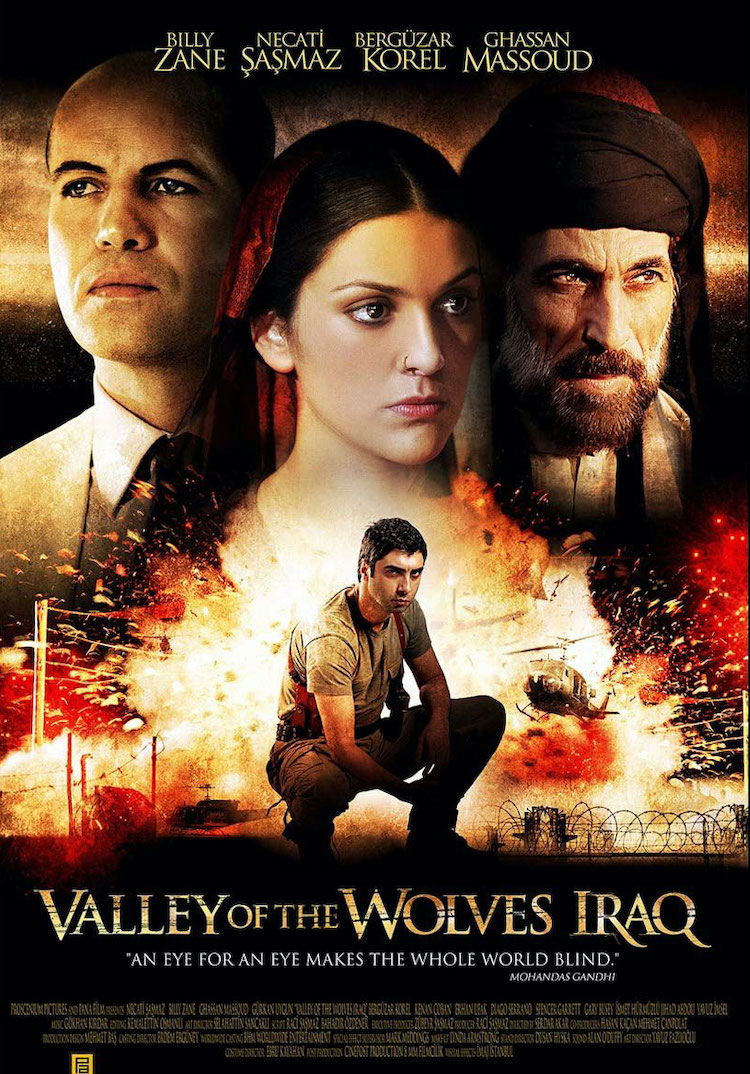 Valley of the Wolves Iraq, the most expensive Turkish film at the time of its release, was filmed for $ 14 million.

Here is our selection of Turkish films to watch: 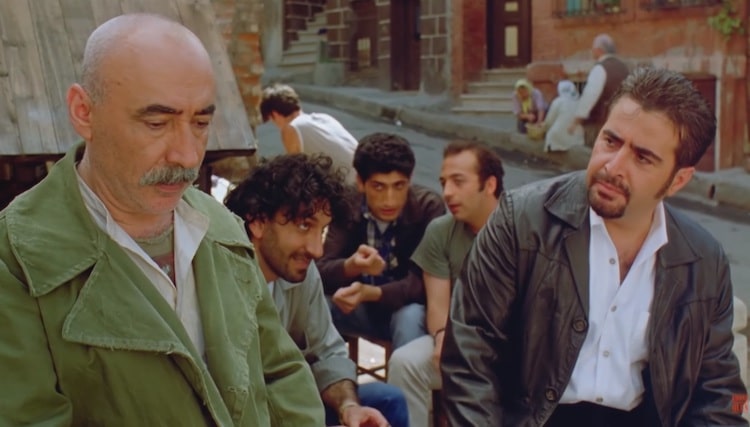 It’s one of the most important roles of Turkish actor Şener Şen, “Eşkiya”, follows the story of a legendary gangster named Baran. After being released from prison after a 35-year sentence, he faces a world that has radically changed and must find a way to take revenge on his past and all those who have wronged him. 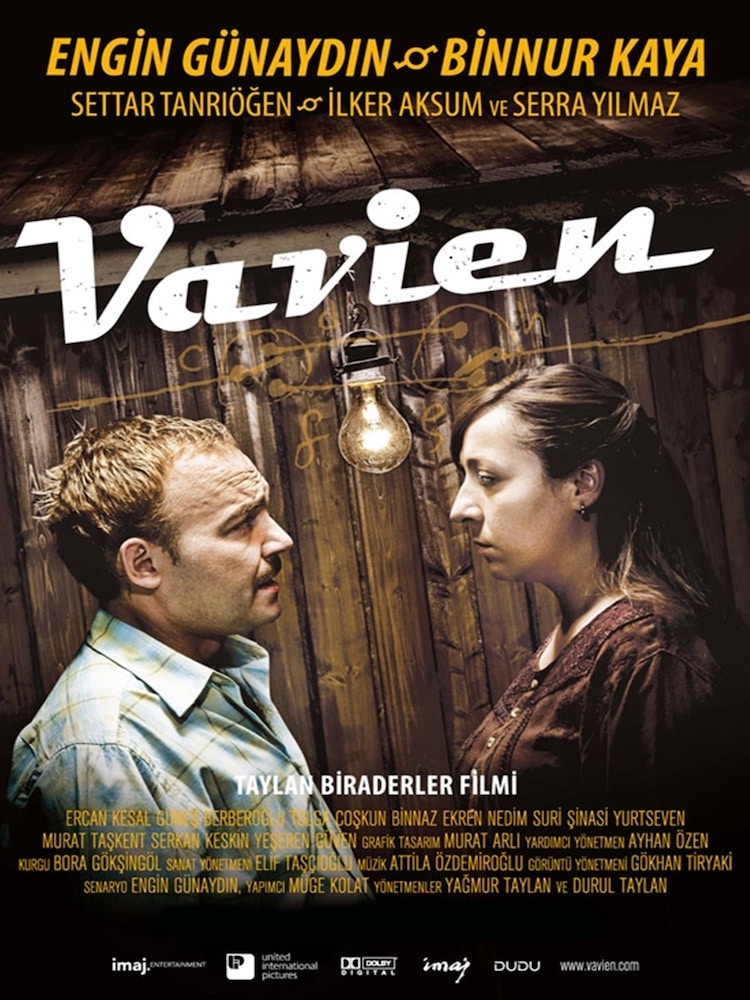 Poster of the movie “Vavien”.

Starring actor and comedian Cem Yılmaz (who has become Turkey’s greatest comedian), “Herşey Çok Güzel Olacak” is not only a trip in the 1990’s Turkey but also the story of two very opposed brothers, who bond while fleeing from a mafia boss.

A reckless electrician struggling with debt decides to kill his wife and use his savings to get out of poverty. His plan takes an unexpected turn when his loving wife returns from the dead to be with his family.

The quiet life of a boy and his family is threatened when his father does not return home after his honey harvest work in the forest. This film won the Golden Bear at the Berlin festival. 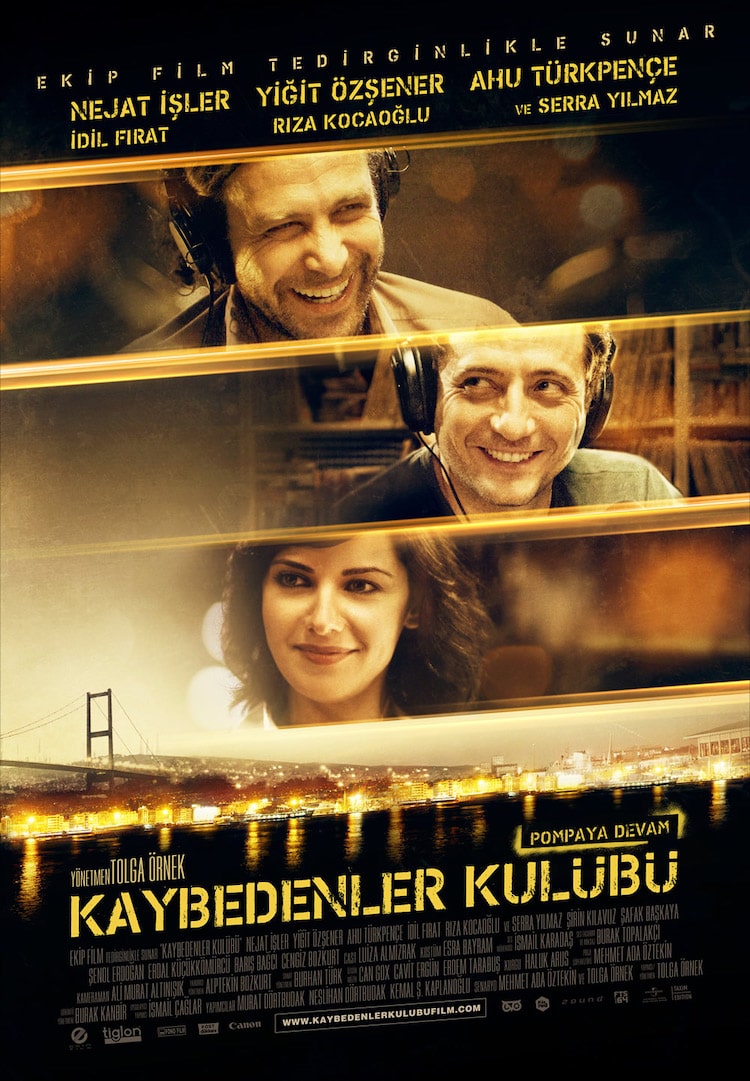 Poster of the movie “Kaybedenler Kulübü” (“The Losers Club”).

A film based on a real story in Turkey in the late 1990s; national government radio loses its monopoly, new private stations are put on the air. The two friends Kaan and Mete have their own show: very open “chat between friends” broadcast late at night, covering topics such as love, loneliness, and premature ejaculation. The concept works, although the two animators are rather lonely: they can’t get past one night’s adventures. Will the success of their show change that?

Long before Nuri Bilge Ceylan won the Palme d’Or at the Cannes Film Festival for “Kış Uykusu” in 2014, he had already made a name for himself with “Once upon a time in Anatolia”. “Winter Sleep” revolves around the story of Aydın, an actor who became the owner of a small hotel in a remote Turkish village in Cappadocia, who has to deal with his tense relationships with his family and one of his tenants. 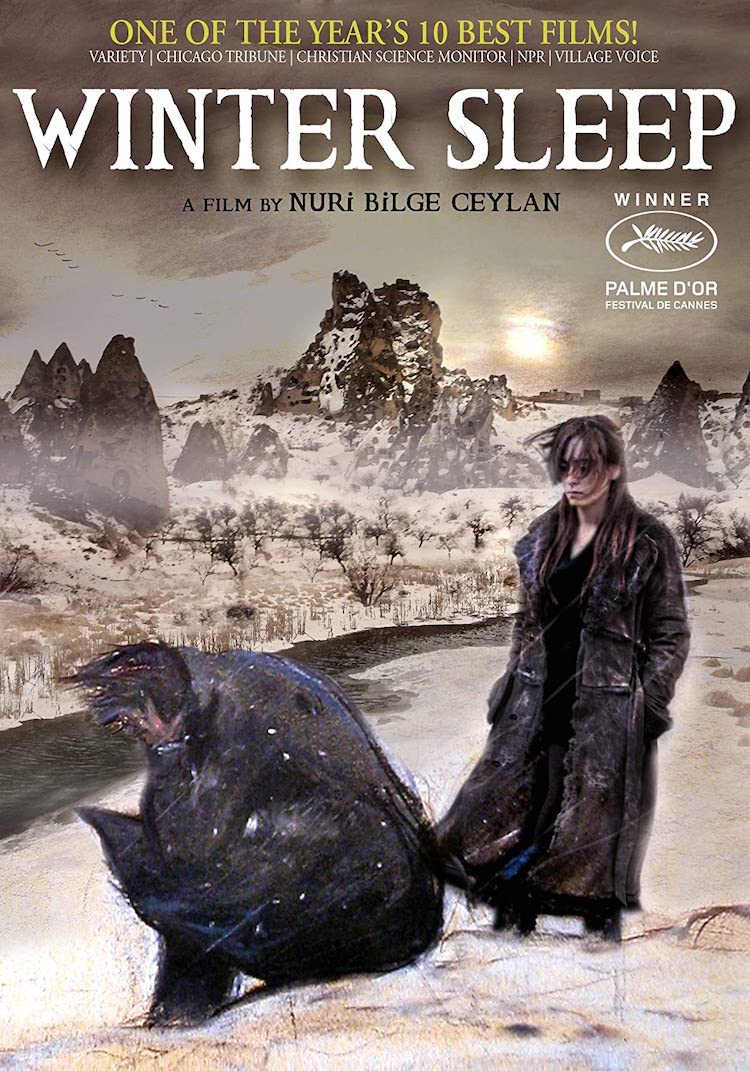 Anyone who has been to Istanbul knows that street cats are an integral part of the city’s spirit. “Kedi” follows seven of these cats, as well as the locals who love and care for them, for an intimate look at the daily routine of Istanbul and its unique beauty.

Süleyman, a young soldier from the Turkish Brigade of the United Nations Command in Korea, is sent to Korea to take part in the war between the South Koreans and the North Koreans. He finds a Korean child there whose parents were killed during a massacre and decides to take care of it. Over time, the two see themselves as father and daughter. But Süleyman must separate from it and desperately tries to find it during several years. A truly moving story, little Ayla found her adoptive father more than 60 years later in Seoul in 2010. 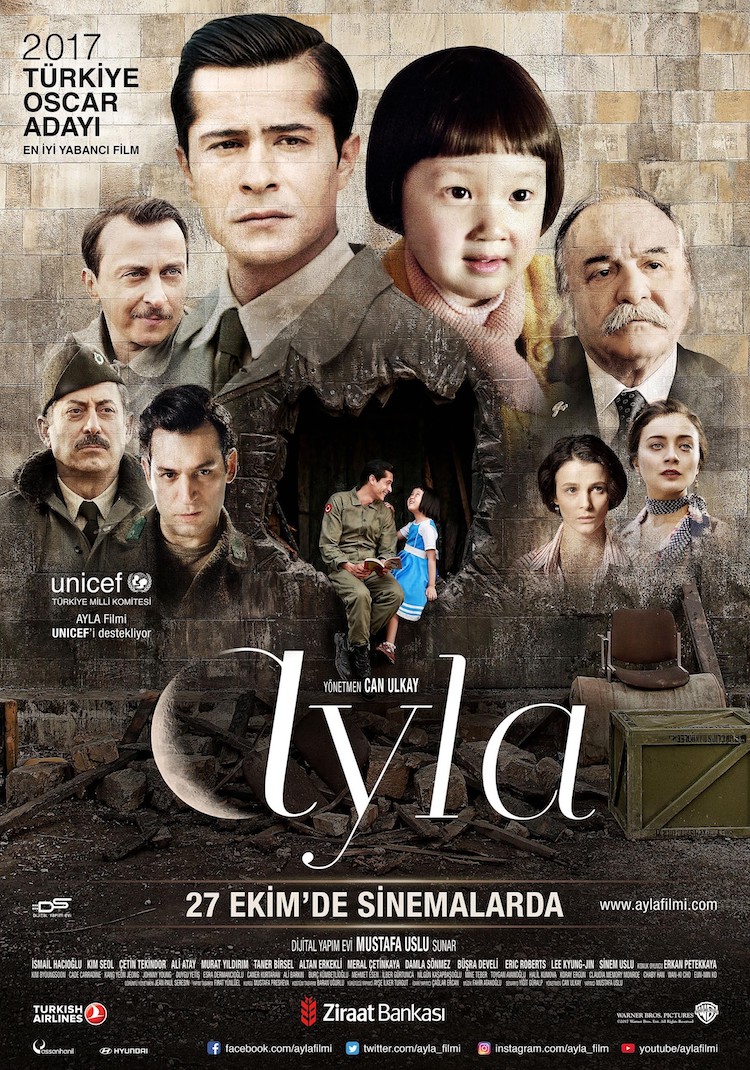 The biographical film traces the story of the famous Turkish weightlifter Naim Süleymanoğlu. His exploits, including his 50 world records, made him a true national hero.

This film traces the eventful life of the Turkish song idol Müslüm Gürses. The king of arabesque music overcomes a difficult childhood in Adana and a dark past to become a revered icon, although his demons will never leave him. A moving film to watch on Netflix.

Memo, a mentally handicapped shepherd, lives with his daughter and grandmother in a village on the Turkish Aegean coast during the coup period in the ’80s. One day, in 1983, Memo’s life was suddenly turned upside down when the daughter of the commander, a senior official during martial law died. Memo is wrongly accused of the murder and is sentenced to death. He ends up in prison in cell number seven. It is unlikely that he will survive it, but while all those who inhabit cell seven had initially greeted him with hatred, they gradually begin to be convinced of his innocence by testifying to his great heart. Over time, all those Memo touches are mobilized to save his life. 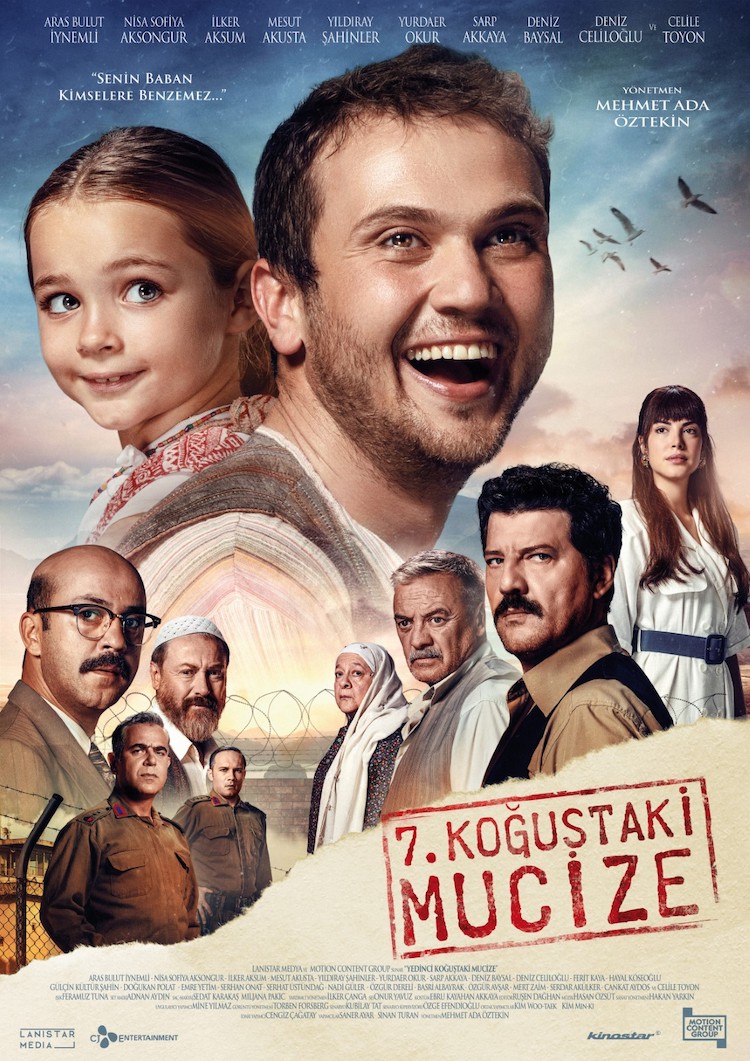 Poster of the movie “7. Koğuştaki Mucize” (“Cell miracle number 7”), which has become an international phenomenon

Do not hesitate to share your opinion or your favorite with us in the comments. For any questions, contact us!