During your stay in Istanbul, do not miss out on the richness of Turkish cuisine! Turkish cuisine is one of the most varied in the world. It is considered as the third richest cuisine after the French and the Chinese gastronomy.

However, in the West, this cuisine is not recognized enough, as it is often limited to the Döner Kebab!

Turkey is a crossroads between Europe, Asia, and the Orient. This unique location combined with the migration of Turks from Central Asia to Europe has shaped the identity of its gastronomy over the centuries. Because of six centuries of Ottoman regional domination and the reciprocal influence between Turkey and its neighboring countries (Greece, Bulgaria, The Balkans, Irak, Syria Iran, Armenia…) is the reason why we find so many common dishes in those cuisines such as dolma, börek, kebab, mantı (Turkish ravioli), and so on.

The great diversity of fauna and flora in Turkey also contributed to a great variety of regional cuisines.

The main dishes of this region are dolmas, mezes, and seafood.

Read our article: The best fish and mezes restaurants in Istanbul.

Read our article: The best kebabs restaurants in Istanbul.

Amidst this regional diversity 3 elements are recurrent in a traditional Turkish meal : 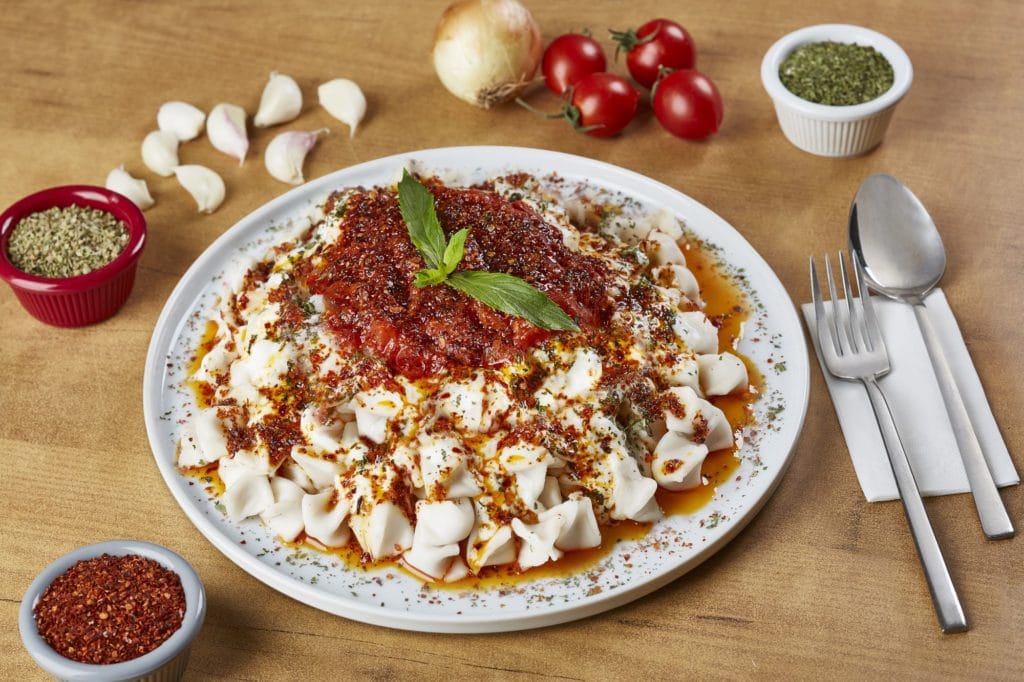 Istanbul is a condensate of Turkey, the massive internal migrations of the 80s and 90s are the reason why you’ll be able to find here all the regional cuisines! You still have to know the good places to eat, you can find them in our articles about the best restaurants.

To discover Turkish cuisine and some of its specialties in more depth while discovering two neighborhoods still little-visited, we invite you to participate in our culinary and cultural walk on two continents.