Before telling you about the different means of transportation to make go from the new airport in Istanbul to your accommodation here are some tips to prepare your arrival in Istanbul:

In Turkey, the currency is the Turkish Lira. If you did not have time to change money before you leave, you can find ATMs in the airport to pay for your first expenses (taxis do not accept credit card). The banking system is very well developed in Turkey, you will find ATMs absolutely everywhere. We do not advise you to change a lot of money at the airport, the rates there are generally less advantageous than those you can find in the city. We suggest you ask your bank before you leave to see with which banks they may have agreements in order for you to withdraw money without extra fees.

Also do not forget to print or take a screenshot of the exact address of your hotel as well as its phone number! 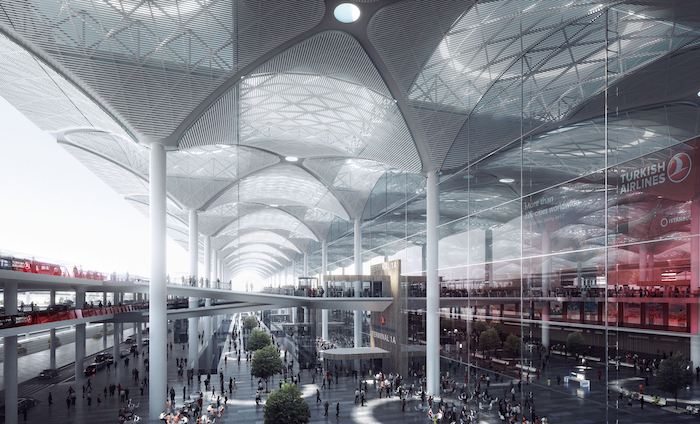 After having been postponed several times, the new Istanbul airport, designed to be one of the biggest in the world opened on April 6, 2019!

Opened in 1924, a year after the creation of the Turkish Republic, Atatürk airport closed in early April 2019 and moved to the new airport, and till mid-April, it is no longer used by travelers.

The new Istanbul airport is simply called Istanbul Airport whose code is “ISL”. It is located at the edge of the Black Sea and it is quite far from the center (about 50 km). It will serve 90 million passengers a year in its first phase.

Upon completion in ten years, it will occupy nearly 19,000 acres and serve up to 200 million passengers a year with six runways. That’s almost double the current traffic at Hartsfield-Jackson in Atlanta, the largest airport in the world.

The airport’s interiors are inspired by Turkish and Islamic designs, and its tulip-shaped air traffic control tower won the 2016 International Architecture Award.

Access to the new Istanbul airport is not yet developed enough. In the future, it will be connected to the city by two subway lines, but the lines are expected to be operational by the end of 2020.

How to get to the city: 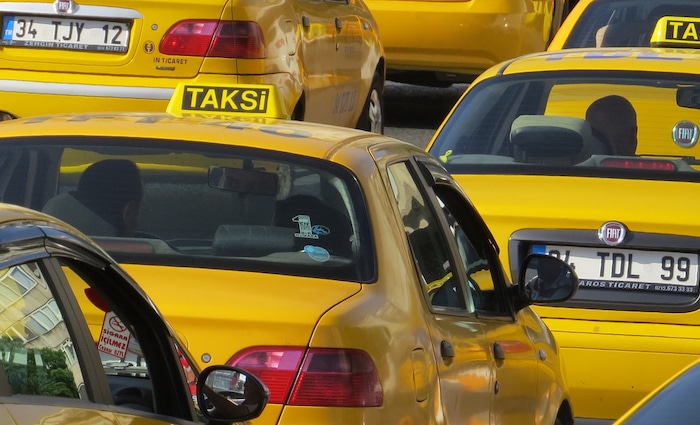 The airport is quite far from the city center, so the taxi ride to Taksim or Sultanahmet may be a bit expensive, around 190 TL for Taksim and 180 TL for Sultanahmet.

To find them, get out of the airport and pick one that is in the line. Taxis in Istanbul are yellow or light blue, do not ride in the car of anyone else. Please note that the maximum number of passengers in an Istanbul taxi is 4.

Be careful, not all Istanbul taxis are honest, especially in tourist areas, sometimes they see tourists as a way to make some extra Turkish Lira, so always use the taximeter and don’t try to negotiate! 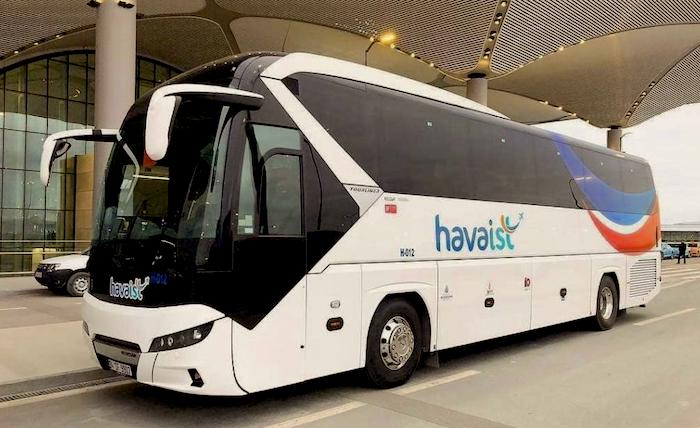 They are the shuttles belonging to the municipality of Istanbul. You will find them at the exit of the airport. The shuttles operate almost 24/7. It is the best option to reach the city center. The ticket for Taksim costs 18 TL, that you can pay only by “Istanbul Kart” or bank/credit card, and the ride takes about 1h30. You will find the machines just in front of the shuttle stop from which you can buy or reload this public transport card which you can then use for all public transport in town. The shuttle makes several stops on the way, (4.Levent Metro – Zincirlikuyu Metrobus – Beşiktaş – Taksim), most people stop in Taksim.

Once in Taksim Square, you can take a taxi or public transport to get to your hotel. Havaist website: http://www.hava.ist/Home/Index_en

If you come in a group or with your family (especially with young children, as taxis do not have child seats), booking a private transfer may be a good choice. The driver will wait for you at the exit of your terminal, it will be cheaper than taking two taxis (the maximum number of passengers for a taxi is 4). Private transfers have a fixed price depending on the area where you go and are very comfortable (Mercedes Vito or Volkswagen Transporter). We can also rent big buses up to 50 places. If you are interested, you can contact us by email, fill out the form below or leave a comment!