Far from the classical information about our city and all the clichés, here are 8 facts that will maybe make you want to come to visit our country and especially our city.

1. More than half of the Turkish population is under 31 years old

Every 19 May, Turkey celebrates the celebration of youth, sports, and the commemoration of Atatürk.

In the more locals neighborhoods of Istanbul (outside the old city) you will be pleasantly surprised by the dynamism, the energy that youth infuses to this city that never sleeps. Whether on the art, musical or culinary scenes, Istanbul will not leave you insensible.

2. The voter turnout rate is among the highest in Europe 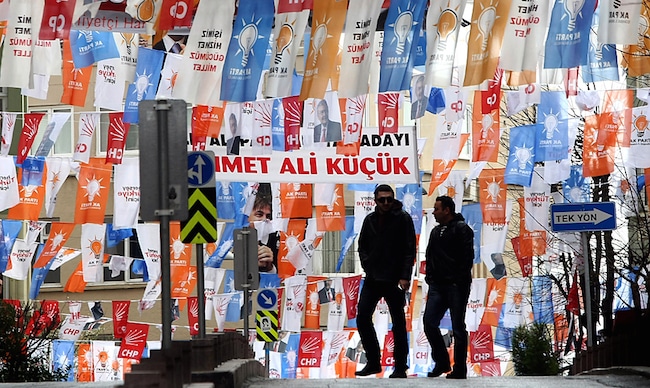 The Turks are citizens who care about the future of their country. With a turnout of 85% in the last parliamentary elections, Turkish people showed their interest in political life and their degree of involvement in the future of the country.

During the last election the people, especially the youth, through a major campaign launched by the association “Oy ve Ötesi” (literally “vote and beyond”) organized to perform a check of the counting of the ballot boxes.

In Turkey, the degree of political commitment is important at all levels of society. Politic is at the center of all discussions, we talk about it all the time, everywhere and with anyone. Before the elections, the country’s streets are covered with the flags of the major parties and vehicles chanting campaign slogans. One could almost believe he is in a carnival!

3. Istanbul is the eighth city in the world with the most billionaires 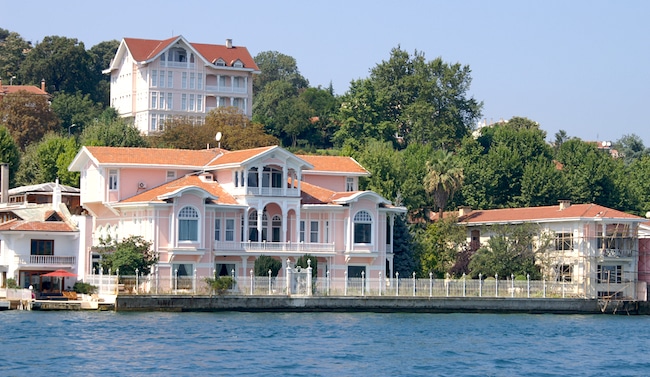 The Sehzade Efendi Yalısı sold over $ 100 million this year.

Just before Paris in the 9th position, Istanbul has 28 billionaires. During your stay, you can see in the richness of a part of the population, especially when you’ll see the mansions on the shores of the Bosphorus. Recently one of these villas was sold 100 million dollars, according to Forbes that’s the 5th most expensive private house in the world.

4. Istanbul is one of the most populated cities in the world

Ataşehir on the Asian side.

The population of Istanbul has experienced a boom since 1950 with the large rural exodus waves. The city went from 1.5 million inhabitants to about 14 million today making Istanbul the 5th most populated city in the world and the most populous city in Europe. For comparison, there are about 11.5 million people in Belgium.

If you ask a local what’s the population of Istanbul, he will tell you that the official figures are far shorter than the reality and that the current population of the urban area is extending beyond the Istanbul area (İzmit, Yalova, Tekirdag) and it is now closer to 17 million as the city continues to grow and expand. The city is now so broad that it’s even said that some residents have never seen the Bosphorus.

The rural exodus is the main reason for the population explosion. With residents from the 4 corners of Turkey in Istanbul, you will find here a condensed of the cultural Turkish diversity and gastronomy.

5. The Turks are hyper-connected 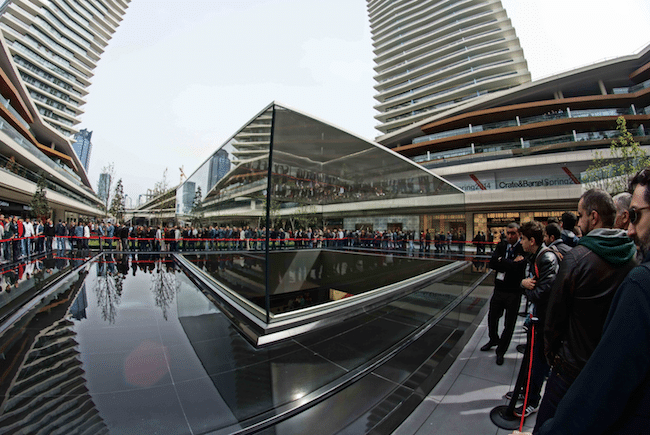 Line in front of the Zorlu Center’s Apple Store.

Do not be surprised if you see a taxi driver with the latest iPhone (although the price is indecent) or customers of bars and restaurants fixing their phone.

Turkey and its youth are hyper-connected and are very fond of social networks. Over 50% of the population uses social networks with an average of about three hours daily. Turkey is also the 6th country in the world with the most Facebook account. Here too, bloggers make and break reputations of brands or restaurants.

More than just a communication tool, social media are a real force of opposition in Turkey, they allow the flow of free information without the government’s control. 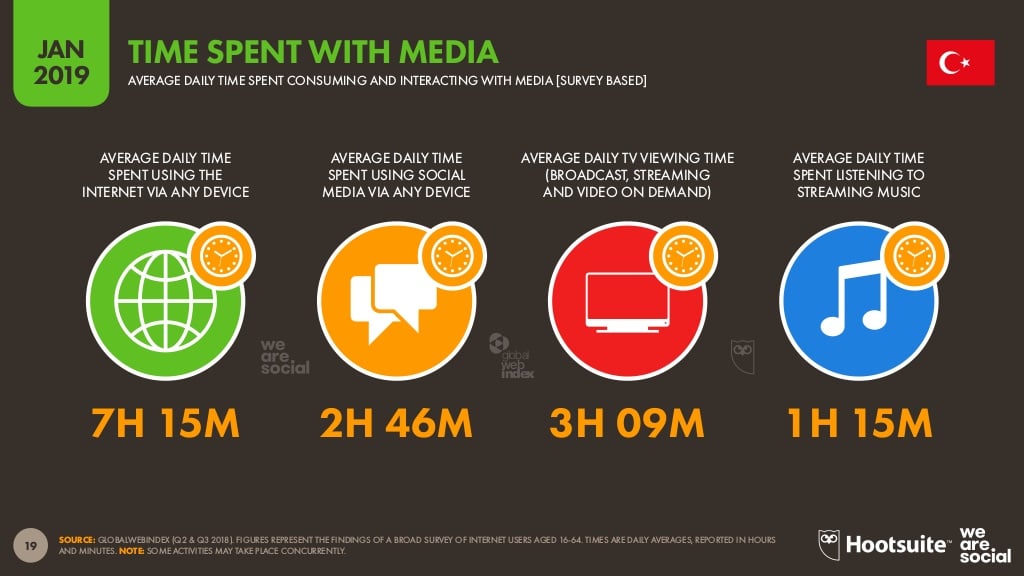 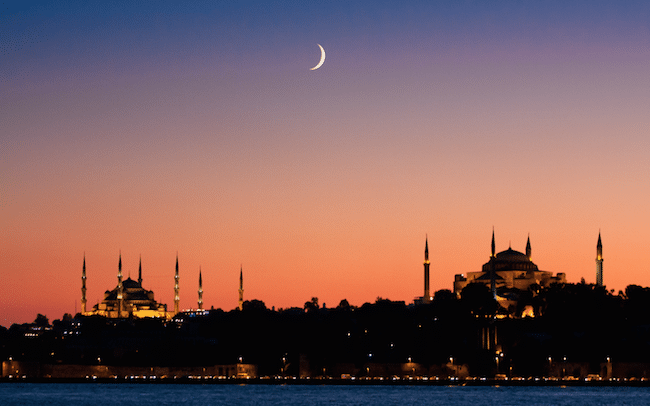 The Blue Mosque and the Hagia Sophia at sunset.

According to the Mastercard Index classification, Istanbul was the 8th most visited city in the world in 2019, with 13.40 million visitors. Between a millennial history, the economic and cultural dynamism of a city populated by a young population, and its geographical location making a bridge between Europe and Asia, Istanbul attracts. One of the largest airports in the world is located north of the city, on the shores of the Black Sea. It has a capacity in terms of 150 million passengers per year. The phenomenal expansion of Turkish Airlines and the low-cost Pegasus explains this incredible project debated because of its construction in the forests of northern Istanbul.

7. Istanbul, together with London, is the city of Europe with the largest number of first division football clubs 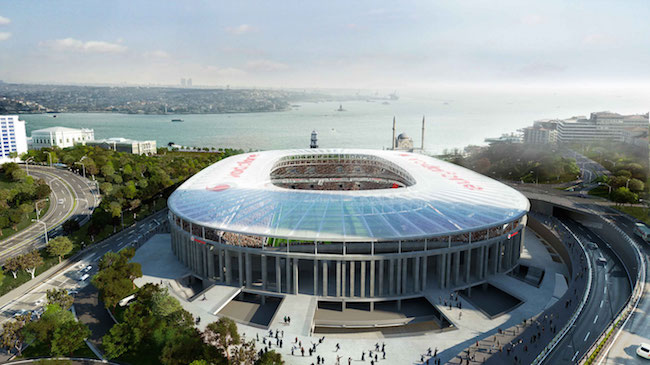 The Vodafone Arena, the stadium of Beşiktaş.

You may already know Galatasaray, Fenerbahçe, and Beşiktaş for football fans, but Istanbul is also home to two other Turkish first division clubs: Kasımpaşa and Başakşehır. Kasımpaşa is the club of the popular district close to Taksim with the same name, it is also the club of the district where Turkish President Recep Tayyip Erdoğan is born. Başakşehir is the club of the suburbs of the European side of Istanbul. Stadiums Beşiktaş, Galatasaray and Fenerbahce are UEFA 4 star stadiums, the highest index for a European stadium. Watching a football match in Istanbul is an unforgettable experience (although a bit complicated at the moment), for more information you can consult our section: Football.

8. The film and tv series industry is booming

The cast of Kırgın Çiçekler, a series followed live by more than 7 million viewers the first week of October 2015 in Turkey.

Turkey is one of the only countries in the world where the local film industry makes more money than American movies and it is not uncommon for Turkish films to be awarded at major film festivals. Turkey is also the second-largest exporter of TV series in the world after the United States. In a survey conducted in 16 countries in the region (the Balkans and the Middle East), 3 out of 4 people have watched a Turkish soap opera. Most of the series is shot in Istanbul and covers all sorts of topics, from romance through comedy to drama or historical subjects. The populations of the South American countries are also increasingly fond of the Turkish series, which contributes to Turkey’s soft power. We were talking about the phenomena in one of our first articles: The incredible popularity of the Turkish series.

Istanbul who was once the capital of three empires is now much more than just a name in the history books, it’s also a great metropolis of the 21st century who combined tradition and modernity and in which you can navigate between periods depending on the neighborhoods you will be visiting.