The Sultanahmet district is the historic district of Istanbul. There are so many things to visit that you can easily spend the week there, however, we recommend that you do not spend more than half of your holiday in this area. Istanbul is much more than that, and if you want to discover its true face, you have to go to other neighborhoods a little less touristy. We have made a selection of our favorite museums, monuments, and mosques. If you want to visit the historic peninsula with us click here! 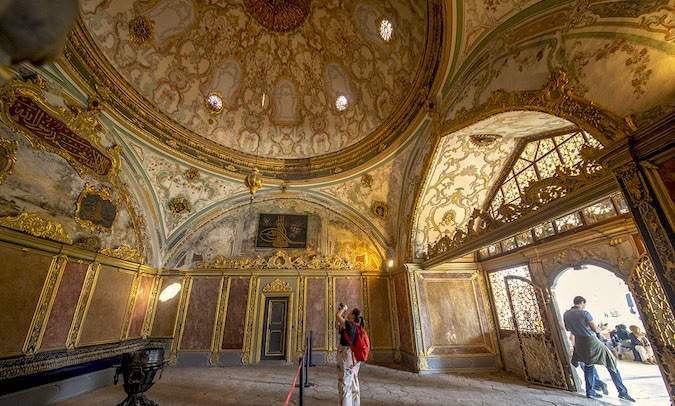 To get to this area the ideal is to use the tram or walk. Traffic jams are very dense in Istanbul, especially in this area and in its direction. In addition, we strongly advise you to be vigilant against the recurrent scams of unscrupulous taxi drivers. Keep in mind that the Istanbulities do not really go into this part of the city for no particular reason. The massive influx of tourists has contributed to lower service quality and higher prices. This is not where you will find true Turkish hospitality! Also, we advise against staying there for dinner. Indeed, apart from some very good restaurants, the establishments of the old town are mostly frequented by tourists; and for those who wish to continue the evening, it is not in Sultanahmet that you will find your happiness. Certainly, Sultanahmet is a fascinating area for its history, but once again it is not here that you will feel what Istanbul is.

A day of visit to Hagia Sophia Basilica and Topkapı Palace:

Start the day by crossing the Galata Bridge (Galata Koprüsü), the oldest bridge in Istanbul, to go to the Spice Market (Mısır Çarşısı), your nose will fill with a thousand flavors! If you want to buy spices, go to small shops in the alleys around the market. Prices in the market are higher and spices of lower quality.

Continue your walk towards Hagia Sophia Mosque/Ayasofya-i Kebir Cami-i Şerifi (formerly Hagia Sophia Basilica), it was originally a Christian basilica of Constantinople from the 6th century which became a mosque in the 15th century by the will of Sultan Mehmed II. Since 1934 this place of worship had become a museum but it was in July 2020 that Hagia Sophia reopened its doors as a mosque. Admission is free, allow one or two hours for the visit. 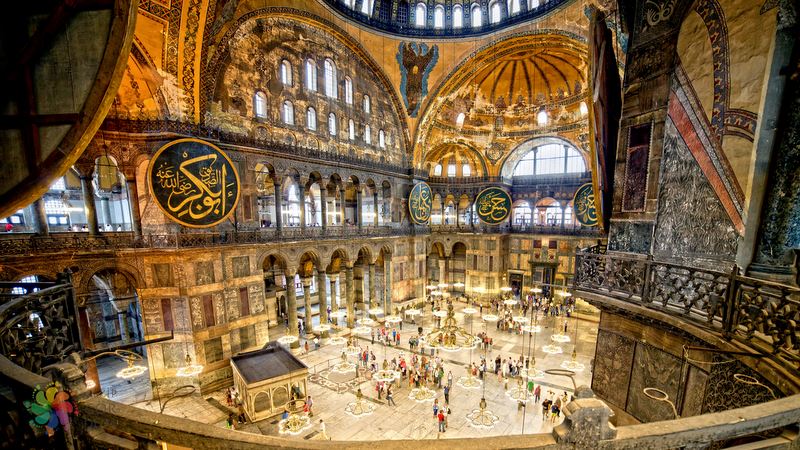 Next to the Hagia Sophia Mosque, you can visit the Blue Mosque (Sultanahmet Camii). It is called the Blue Mosque for the blue mosaics that adorn the walls of its interior. It was built between 1609 and 1616 during the reign of Sultan Ahmet I, and one of its peculiarities is to have 6 minarets. 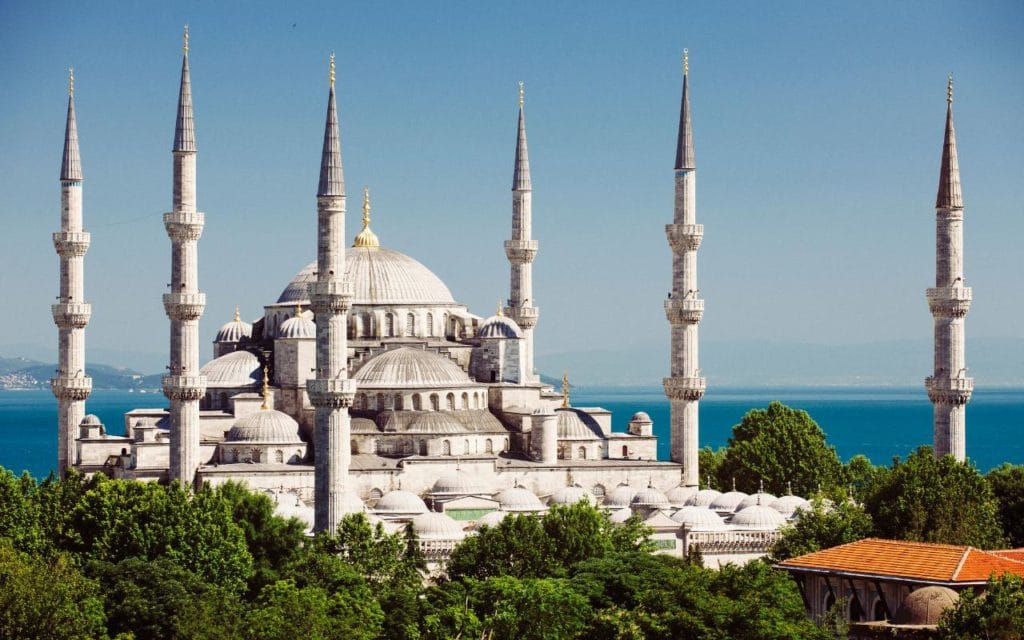 At noon, enjoy kebabs in Şeyhmuz Kebap Salonu, or köftes in Tarihi Sultanahmet Köftecisi (see our article: the best kebab restaurants in Istanbul).

In this very touristy area, we advise you not to eat anywhere because restaurants are often expensive enough for average quality.

You can then go to Topkapı Palace (Topkapı Sarayı). The name of this palace literally means the Cannon Gate Palace. It was the imperial residence of the Sultan. The palace extends over 70 ha, it is surrounded by 5 km of ramparts. UNESCO inscribed it on the World Heritage List in 1985, where it is described as “an incomparable set of buildings built over four centuries, unique in the architectural quality of its buildings as much as in their organization that reflects that of the Ottoman Court“, also visit the palace harem. The entrance to the palace costs 100 TL and that of the harem 70 TL. Allow half a day to visit the monument. Topkapı Palace is open from 9 am to 6:45 pm in summer, and from 9 am to 4:45 pm in winter. It is closed to visitors on Tuesdays.

At the end of the day, if you want to stay in this area, you can have an aperitif on Akbıyık Street (Akbıyık Sokak). In general, Stambouliotes do not drink in this area but this street is very nice to relax after a long day of visiting.

A day of visits to the Grand Bazaar and the Archaeological Museum of Istanbul:

You can start your day at the Grand Bazaar (Kapalı Carşı). It is one of the largest bazaars in the world, it covers 20 km2, and has 4,000 shops located along the 58 interior streets that are accessed through 18 doors. In this market, you will find everything, gold, diamonds, carpets, fake bags, souvenirs, and more. If you want to go shopping, do not hesitate to negotiate! All the sellers speak a little French, at least enough to sell you something.

The small streets around the Grand Bazaar are also very interesting. They are full of stores selling just about anything, at more competitive prices than the Grand Bazaar.

In the direction of the Archeological Museum of Istanbul, you can visit the Cistern-Basilica (Yerebatan Sarnıcı). It is a gigantic underground cistern with an exciting history. Admission costs 30 TL. It is open from 9h to 5:30 pm all year and closed to visitors on Mondays.

This area is easy to visit alone, the majority of people in these neighborhoods speak English, and the monuments are not very far from each other, and above all, they are well indicated. If you would like to discover more in-depth the millennial history of this area, we can put at your disposal a guide.

If you would like a guided tour of Sultanahmet, we can offer you our tour of the monuments and the historic peninsula, in small groups or in private. For more information click here!